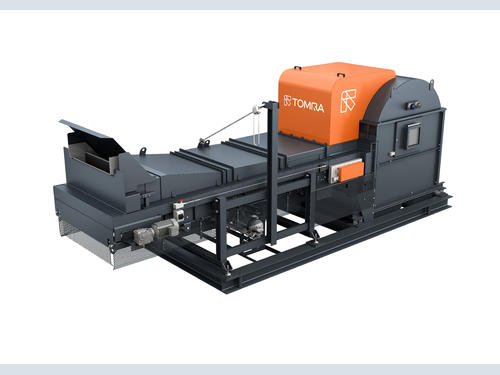 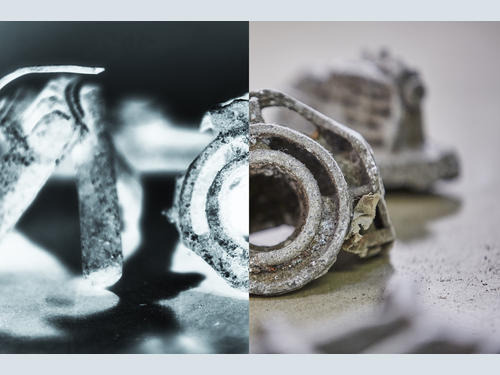 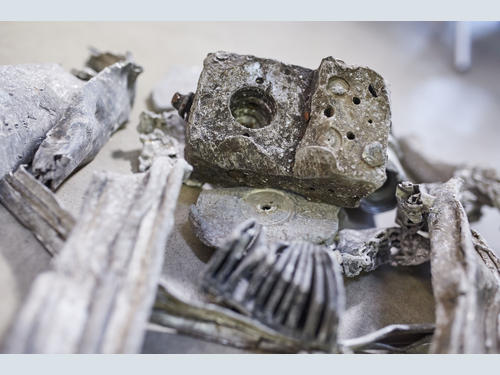 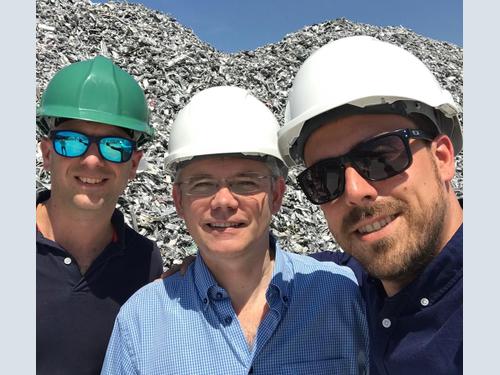 Global leader in sensor-based sorting systems, TOMRA Sorting Recycling, is renowned for spearheading technological developments and its latest innovation is no exception. TOMRA has further developed its X-TRACT unit for magnesium removal, creating a ground-breaking x-ray-based solution which can separate magnesium from aluminium in products such as Zorba.

With consistently high purity rates of 99% being achieved during in-field testing, the material can be treated and traded within domestic markets where they exist or traded more robustly.

The global metals recovery industry generates millions of tonnes of Zorba annually which can contain varying amounts of magnesium. Historically, scrap metal processors exported the bulk of this material to Asia, but changes to import policies regarding purity and trade tariffs in certain geographies have created significant barriers to exporting over the past couple of years.

Today, opportunities exist to produce recovered material in a furnace-ready form and purity that enables it to be traded and used in domestic or close-to-home markets, such as Italy and Eastern Europe.  The challenge UK scrap metal processors face, however, is that secondary aluminium smelters ideally like the aluminium from Zorba to contain very low magnesium, typically well below 0.5% by weight.

Until now, the only way of treating Zorba for the removal of contaminants such as magnesium has been a two-stage sink-float operation whereby the majority of the heavy metals are separated from the shredder scrap, while the hollow aluminium scrap, magnesium and high-density plastics are floated out in an additional media stage. Sink-float processes have historically been difficult to manage, require a large footprint, can be relatively unstable and can be expensive because the operational cost per tonne is relatively high.

Now, TOMRA’s upgraded X-TRACT for magnesium removal application offers a reliable, robust and cost-effective alternative to sink-float separation. The system uses existing TOMRA XRT technology but in a new configuration so that it is capable of sorting material of different density levels and separates magnesium from aluminium to create furnace ready products – including low magnesium Twitch – across the Zorba size spectrum from 5-120mm.

This degree of separation of fines simply could not be achieved using a dense media plant technology/sink-float separation process. And, until now, it wouldn’t even have been possible using TOMRA’s sensor-based sorting technology because magnesium is very similar in density to aluminium so the technology couldn’t recognise the difference between the materials. Now, the capabilities and combination of the x-ray technology used in TOMRA’s X-TRACT unit make it by far the most consistently accurate solution to date.

Brian Gist, Global Sales Director Metals at TOMRA Sorting Recycling, comments: “We are thrilled to be the first company in the world to create furnace-ready products, including low-free magnesium Twitch, across the full size fraction spectrum, removing the need to process Zorba by dense media separation. We are not trying to remove the intrinsic magnesium within an aluminium particle, rather we are removing the free magnesium that is found within the shredded Zorba. There is, without doubt, a strong domestic market for low-free magnesium Twitch production but metal processors simply haven’t been able to access it until now because of the high purity requirements of secondary aluminium smelters. Now though, with the unique configuration of our x-ray equipment, we have greatly reduced the commercial and operational barriers to sorting this material and can offer a proven alternative to replace media plant technology for separating magnesium from aluminium. The field test results to date have been extremely positive with regards to machine reliability, robustness and sorting stability.

“There are many other benefits to customers, including accessing new and growing domestic markets, increasing the market value of the aluminium, minimising material losses and greatly reducing their reliance on costly and risky manual sorting. The upgraded X-TRACT for magnesium removal is an ideal solution for both small and large operators alike.  For smaller operators, rather than having to sell their material at a low cost to bigger players for further processing, by investing in X-TRACT equipment they can trade 99% magnesium-free aluminium on the local market and profit from remarkable price advantages - a far more profitable option than selling their material on to larger operators.”