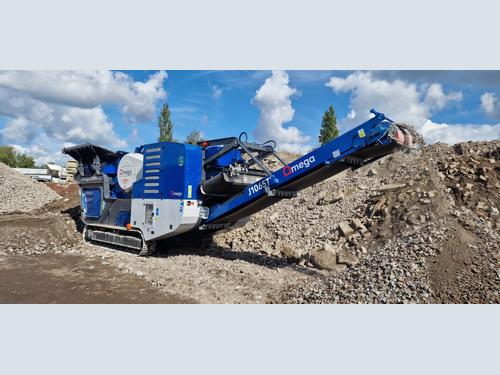 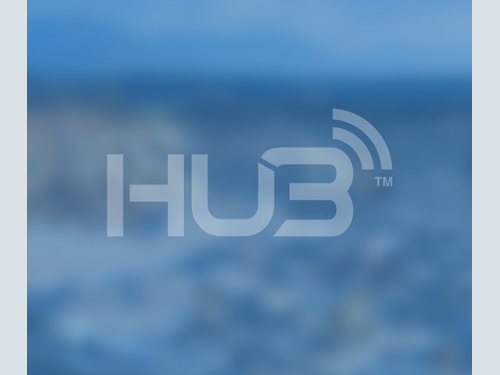 Omega Crushing and Screening was founded by its three current directors, Colin Daly, Anthony Carlin and Robert Douglas. Sales Director Colin Daly has spent 25 years in the industry selling used crushing and screening equipment. Technical Support Director Anthony Carlin and Production Director Robert Douglas both gained an in-depth knowledge of the technical aspects of the equipment through many years spent in service roles in the field.

The Omega project was conceived when the team became aware of an interest in the market for a more simply-designed machine which contained fewer complex electronic and hydraulic components, and which would be straightforward to both operate and maintain.

While the Omega machines themselves are powered by either the mains electrical supply or an on-board generator, all of their main components are also electrically driven, such as the head and tail drums of the conveyors and the motors that run the feeders.

Anthony Carlin, Technical Support Director, elaborates on the crusher’s simple design. “Many quarry machines today have become very high-tech, whereas the user often wants a simple, user-friendly machine. The control panel is very straightforward – there are no parameters or PLCs that you need to look at. It also uses a three-phase electrical system which is quite easy for electricians to work on. We have also done away with the complicated hydraulic toggle tensioning system on the crusher and gone back to the single drawback rod tensioning system. This, combined with hydraulic wedge adjustment makes it simple and reliable”, he says.

With other manufacturers now offering diesel-electric hybrid machines, Omega Crushing and Screening has chosen to take the next step in this direction and make its offering fully electric. The crushers can be plugged into the power grid and run without any diesel power input. Alternatively, when an external power source is not available, the wheeled and tracked models share a dual-power option. This means the machines can run off an onboard 220 kVa powerpack with a Stage V/Tier 5 Deutz engine.

Among the benefits of electric power is the ability of the machine to run without producing exhaust gases. Sales Director Colin Daly describes how the clean-running crushers have found a niche with some customers in urban applications. “As all three models in our range can run on mains electricity, all three are being used in metropolitan areas where emissions are an issue. For example, we recently sold a machine in Bulgaria. The company that bought it was going to work on a government project where particular emissions targets had to be hit. Our machine was a perfect fit as it could work on mains power and produce zero emissions”, he says.

Another strength of the Omega machines is the dramatically lower fuel consumption they offer in comparison to conventional hydraulic machines. When running on mains electricity, fuel burn is reduced to zero. Even when using the onboard diesel generator, the J1065 range consumes fuel as low as 10 litres per hour, a saving of approximately 10-12 litres versus a similar hydraulic-drive machine.

Lastly, the electric drive is capable of operating efficiently in the world’s most extreme climates. Omega has recently completed a sale of a machine to the United Arab Emirates, where daytime temperatures can exceed 40°C and hydraulic machines can only run at night. In contrast, another Omega customer is operating a crusher in northern Norway, where lows of -20 °C are experienced.

Omega’s machines all use the J1065 single toggle jaw crusher unit. The J1065 has a large feed opening of 1,000 x 650 mm (39.4 x 25.6”). It is driven by a 90kW (121 hp) electric motor and uses a simple drawback tensioning system. Some other noteworthy points are the heavy-duty shaft installed with premium bearings, the large jaw ejector cylinder, and the bolted mainframe, which provides strength and durability. The crusher achieves an output of approximately 200 tonnes (220 tons) per hour.

The Omega range currently includes three models: the J1065S – a modular, static plant; the J1065M – an easily transportable, wheeled model; and the J1065T –a tracked machine.