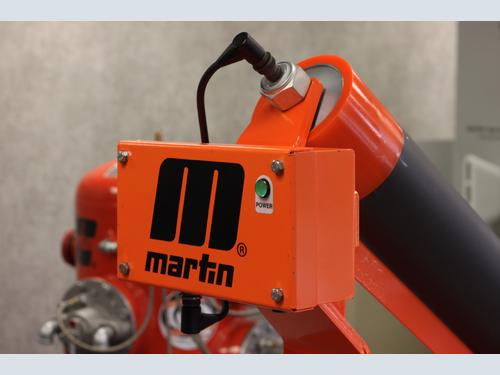 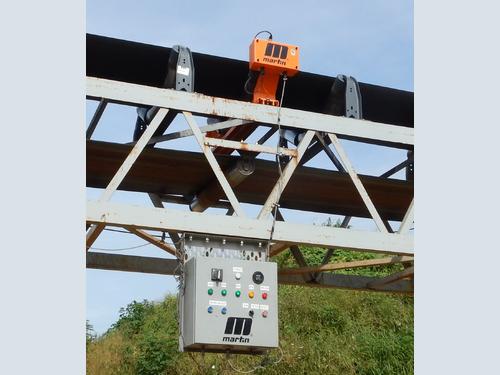 A global leader in bulk handling equipment has introduced an innovative technology that uses the kinetic energy from a moving conveyor belt to generate enough power to run a wide variety of electronic systems.  The Martin® Roll Generator™ is designed to create a self-contained mini power station that allows operators to run electrical monitoring systems and safety mechanisms.  Able to be retrofitted on existing idler support structures, the new design is a step toward eliminating power production obstacles as conveyors move into the next generation of “smart systems” that are more autonomous and sustainable.

Running auxiliary power can be both complicated and costly, requiring expensive labor and oversized cables to accommodate the inevitable voltage drop over long runs, as well as transformers, conduit, junction boxes and other components.  In many operations, this lack of available power means that any monitoring of the conveyor must be done by technicians physically walking the length of the structure, which can be a difficult and time-consuming task when the systems are long and span difficult terrain.

A more efficient approach is to employ sensors to transmit important data from remote points to a central location where it can be monitored in real time and recorded for later analysis.

“We found that we could draw energy from a moving belt by attaching an independent generator directly to one of the rollers,” said Paul Harrison, Global Engineering Manager.  “This way, the conveyor could produce power without altering the structure of the system or affecting its physical configuration.”

The roll generator is held in a fixed position by the roll support system but is not normally required to bear any of the material load.  The unit is sealed from fugitive material and forms an integral unit independent of the conveyor roll.

All components to ‘condition’ the power to a steady 24VDC are enclosed in a protective cabinet, typically mounted directly on the idler support slide.  The capability to store power in a small battery bank is already in development, allowing the generator to produce 5-10x higher amperage for short periods to power higher-wattage devices.