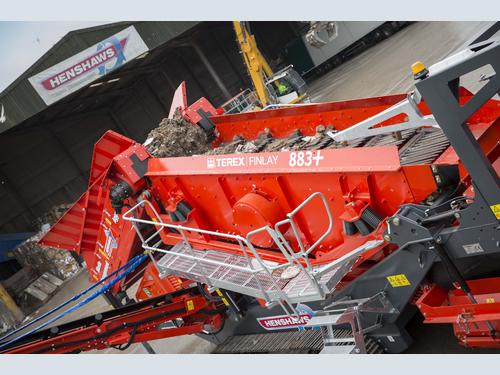 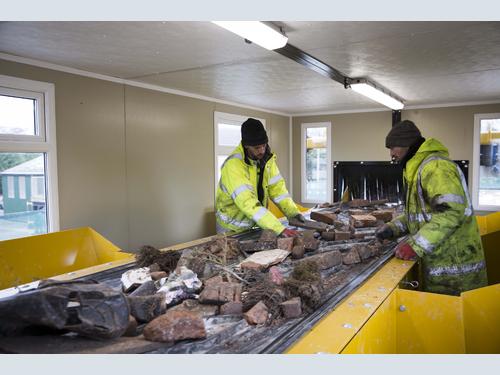 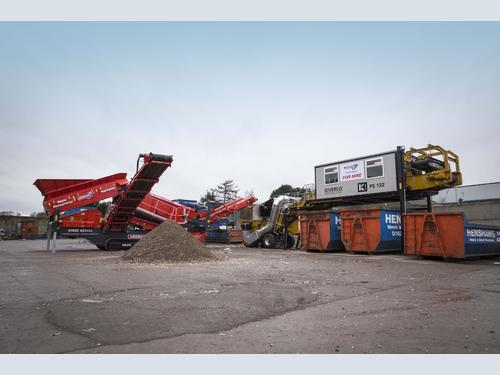 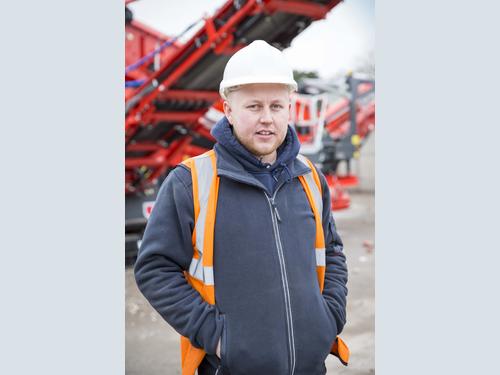 A Cheshire-based waste management company is one of the first to take delivery of Kiverco’s innovative mobile recycling plant from Finlay Central.

Part of the Finlay Group of companies, Finlay Central specified the Kiverco PS122 Picking Station for Henshaws’ 16-acre site in Macclesfield, along with a Terex Finlay 883+.

The new Terex Finlay 883+ is feeding the picking station with material brought in from the company’s skips.

It is processing the material into three different sizes, -25mm, 25mm to 100mm – which is then processed by a density separator, giving a clean fraction of stone – and an oversize that is fed to the picking station.

Replacing an old static picking station, the Kiverco PS122 at Henshaws has been fitted with an overband magnetic module to recover ferrous metals, as well as a variable speed, heavy-duty, fan blower to remove light fractions from the material.

The four-man picking line removes wood, plastic and cardboard – which then go for recycling – whilst the heavy material is crushed and sold on to customers.

James Henshaw, Transport Manager at Henshaws, said: “The Kiverco PS122 came to site and was set up in no time at all.

“It’s incredibly easy to use and we’re really impressed with it.

“And as always, the Terex Finlay 883+ doesn’t disappoint, we’ve had them in the past and they’re just a great machine.

“Together the two machines provide us with an optimum solution.”

The high-performance Terex Finlay 883+ is designed to work after a primary crusher or on its own as a frontline tracked mobile screening machine.

It has the capacity to process material at a rate of up to 500 tonnes per hour and is ideal plant for applications such as quarrying, recycling and demolition debris, as well as sand, gravel, coal and aggregates.

With unrivalled set-up simplicity, the Kiverco PS122, along with the Terex Finlay 883+, will be joining the company’s extensive hire fleet – all specified by Finlay Central.

James Henshaw added: “Now everything has settled in, it’s all systems go and we want to get both plant hired out.”

With extensive industry knowledge and employing over 70 staff, Henshaws has grown to become a leading waste recycling operator in the North West.

Neil Partington, of Finlay Central, said: “The new Kiverco PS122 is a great piece of kit, it’s easy to move and simple to set up.

“The insulated sorting cabin is fitted with PVC doors and windows and is far more comfortable for the operators, air conditioning is also an optional extra.”

Designed for the small to medium size waste processing operator or mobile contractor, the new range includes a feeder trommel, a picking station and density separator – modular components can be selected to provide a bespoke solution for waste processors.

The new Kiverco Compact Range can be quickly and easily set up on site, without cranes, and ready to work within a few hours.