Conveyor transport plays such a central role in production. 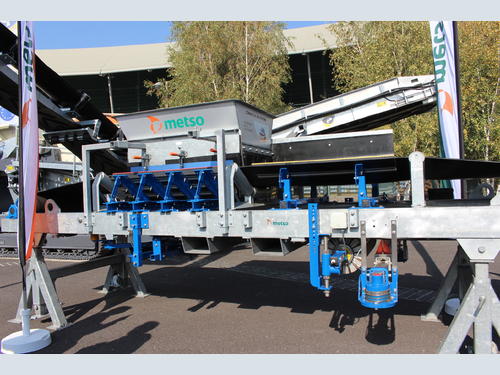 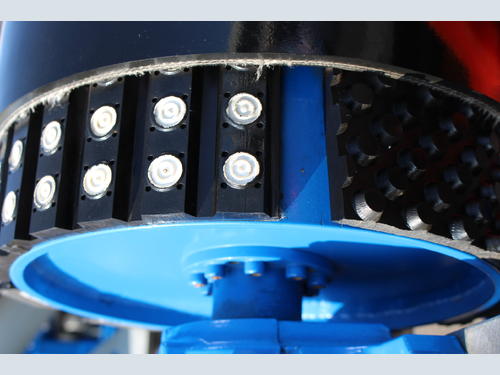 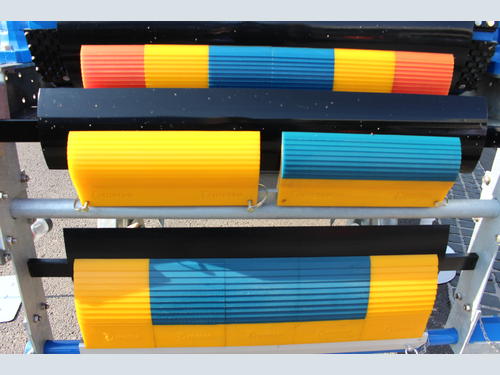 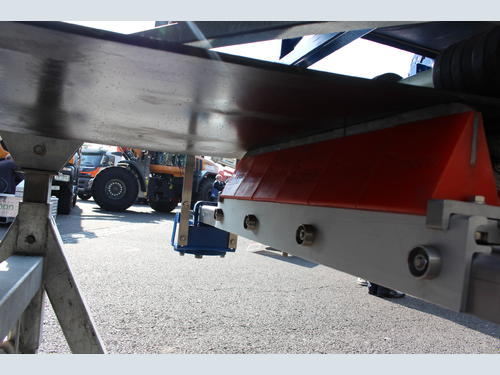 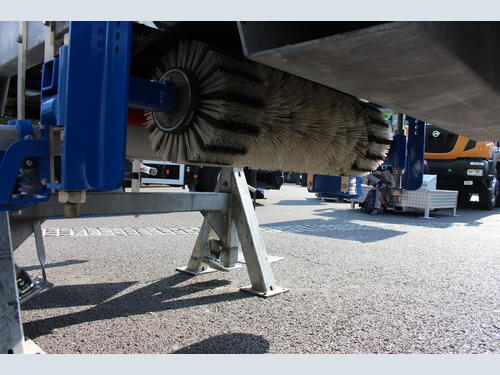 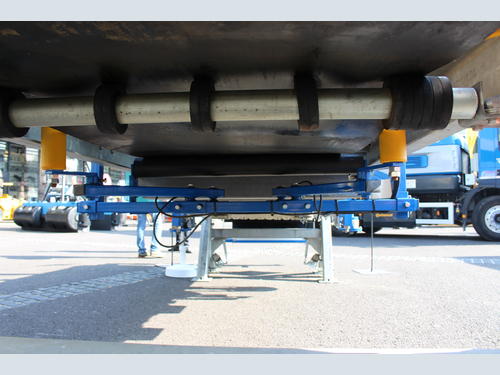 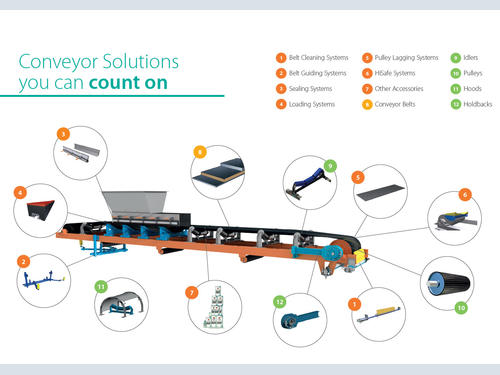 With the rapid throughput of systems both upstream and downstream that depend on conveyors, it’s important to choose the right solution. Conveyor transport plays such a central role in production. If it fails, the whole system fails.

Metso conveyor solutions consist of accessories, the belts themselves, and other components. Metso is a world leader in design and manufacturing in all three categories.

A conveyor can’t perfectly fulfill its functions without a good conveyor belt preservation. In order to prevent the belt from being damaged when materials are dropped into the loading point, Trellex® has invented an innovative impact bar device (in blue on the picture) designed to dampen the material falling on the belt. "These bars are made of a high-density polyethylene which is vulcanized on a soft rubber base," says Alain Trouillet, from the sales support department for screening media and linings at METSO. Two thicknesses are proposed according to the rock size distribution: 50 or 75 mm. To ensure the performance of the system, rotating rollers are placed just before the impact area, to trough the belt, thus giving it the right angle before to meet the impact bars.

Sealing
"Traditionally, loading zones of conveyors are damping stations consisting in successive rollers mounted in parallel which receive the feed. However, it causes belt sagging at each interstice between the rolls. The use of impact bars permits to maintain the belt flat and therefore the sealing remains linear”, explains Alain Trouillet. Called "Snap-on", the Trellex® sealing system shown at the SIM congress maintains dust inside the conveyor. Black rubber plates vulcanized on a steel base are installed on both sides of the hopper. That plates permit both to guide the rock materials to the middle of the conveyor belt and to avoid contact with seals. "A good sealing system helps to reduce the maintenance need. In addition, because these systems are not rotatable, NIP points guards are not required", he adds.

Lagging
At the top of the conveyor shown at the event, three different types of pulley lagging were presented. Composed of several individual rubber elements, a combination of rubber elements and ceramic inserts, or all soft rubber, each type of lagging has been designed for a specific application.

For instance, the combination with ceramic inserts is mainly used when the belt is highly stressed (large pulley diameter) and when a significant powerdraw is necessary to tow the belt. It’s also very resistant to abrasion and thus slows down the lagging wear over time. In cold or dusty environments, the free-area lagging is the most suitable as it permits self-cleaning at the first rotation of the pulley. "It is essential to get a good adhesion of the pulley on the belt to drive the conveyor", explains Alain Trouillet. "Our diamond pattern lagging (glued laminated rubber) fulfills that mission and also avoids the contact of the steel with the belt, which would cause slipping".

Cleaning
Several cleaning solutions of the conveyor belt exist to preserve the conveyor and to systematically make it efficient. Installed in line with the head pulley, the pre-cleaner immediately cleans the belt after the rock material is spilled. It’s a big advantage because fines and coarse material are both eliminated.

Three versions of scraper blades are offered by METSO according to customer needs. Mostly used in quarries, the “ABC 70” bi-color blades (blue and yellow) are built up by two polyurethane materials. "We have blades for conveyor belts with standard dimensions for quarry application up to 1200 mm, and pulley diameters up to 800 mm.”, he says. But the main advantage of Trellex® belt scrapers is the ease of installation and maintenance. Indeed, the blades are slid on a rail and thus can be easily changed when it’s worn.

Otherwise, the secondary cleaners, located underneath the conveyor belt, beneficiate from the same advantage for blade replacement. Much more efficient but also more sensitive to belt quality or patching, blades consist of steel or tungsten carbide tips on a polyurethane or rubber mount.

Another Trellex® solution is the motorized belt brush, made of nylon or a combination of nylon and steel, depending on the type of material to be cleaned. It’s a brush motorized with an operating voltage selected between 12 V and 380 V, which rotates against the belt rotation direction. It is suitable for removing very fine materials, sticky or wet, which are commonly impossible to clean using traditional scrapers (pre-cleaners). Besides it is the only efficient cleaning solution for cleated conveyor belts.

Automatic centering of the belt
Lastly, another major problem facing conveyors is the belt mis-tracking. "When materials fall into the feeding zone, it creates transverse forces on the belt, which can move laterally or shift from its drive pulley”, says Alain Trouillet. Thus, the consequences can sometimes be very dramatic, tearing or even cutting the belt.

To make sure the belt always stays in its axis, Trellex® has developed an automatic centering device. "Our system is mounted on the return run of the belt (underside) and constantly align the belt. It’s combined with a centralized lubrication. To facilitate the maintenance of rotative components, without using a nacelle for instance, we have deported the greasing points to a manifold placed in an easily accessible corner of the conveyor."

The original article was published in French by Construction Cayola: