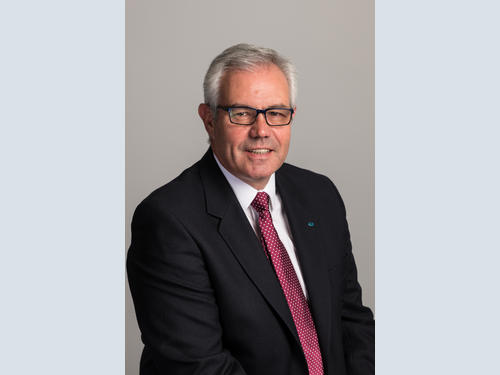 The Supervisory Board of Wacker Neuson SE has appointed Felix Bietenbeck as a new member to the Executive Board effective October 1, 2020. Mr. Bietenbeck will assume the newly created position of Chief Operations Officer (COO).

The Supervisory Board has expanded the Executive Board in response to the Group’s strong growth in recent years. “With our portfolio of innovative light and compact equipment, we have experienced dynamic growth over the past few years. We are delighted to win Mr. Bietenbeck to the Wacker Neuson Group, an experienced industry leader with proven operational expertise. This expansion of our Executive Board speaks to the growing number of leadership and organizational tasks required to make the most of emerging business opportunities,” explains Hans Neunteufel, Chairman of the Supervisory Board of Wacker Neuson SE.

Felix Bietenbeck (55) joins Wacker Neuson following a successful international career with the Continental Group. In his most recent role, he served as Executive Vice President responsible for Vehicle Dynamics, a business unit with around 10,000 employees and more than twenty production and development locations. Before this, he held various roles at Continental based in China, Mexico and Germany. In these positions, he played a key role in successfully shaping both growth and restructuring phases.

With Mr. Bietenbeck, the Executive Board of Wacker Neuson SE now has four members. In September 2017, Martin Lehner (CEO) was appointed Chairman of the Executive Board in addition to his role as CTO and COO. From October onwards, Mr. Bietenbeck will act as COO, while Mr. Lehner will focus even more on the Group’s strategic direction and the further strengthening of its innovative drive. The functions entrusted to Alexander Greschner (CSO) and Wilfried Trepels (CFO) remain unchanged. “I am delighted about the appointment of Felix Bietenbeck as his long years of experience and expertise will add great value to our company. The expansion of the Executive Board is an important step in efforts to reorganize internal Group structures, which have been underway for some months now. The aim is to align our organization even more closely with the needs of our customers, eliminate redundant structures, streamline reporting lines and give even stronger momentum to our innovative capabilities,” concludes Lehner.