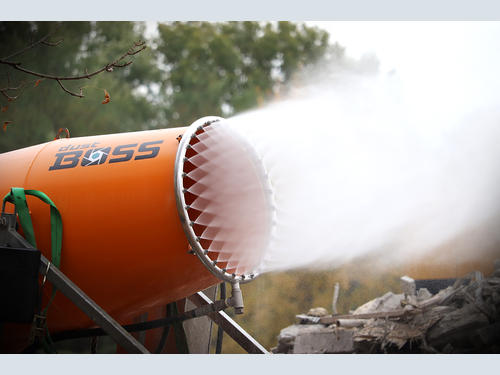 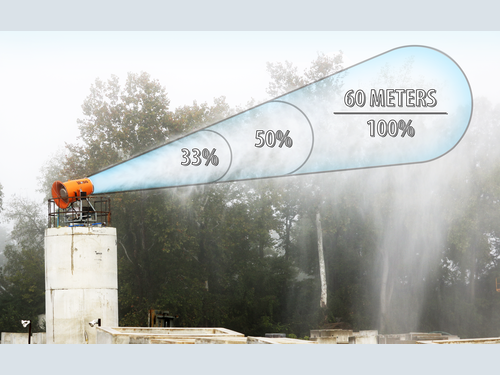 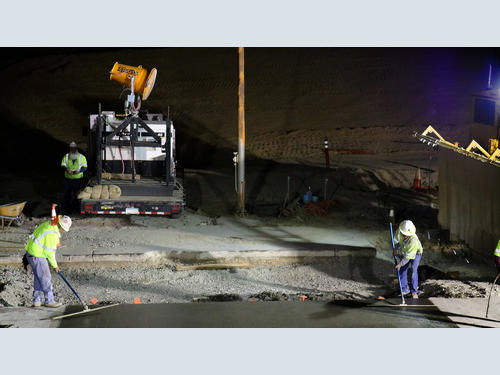 In a move designed to bring unparalleled versatility to its lineup of highly-successful dust suppression equipment, BossTek has introduced an optional Variable Frequency Drive (VFD) system that allows users to adjust air flow to suit a broader range of applications and working environments. Driven by customer input from a number of different industries, the new VFD system reduces the need to purchase or rent different models to match the machines’ output to specific project requirements, delivering greater flexibility and reducing the total cost of equipment ownership.

“Atomized mist technology has been widely accepted as an extremely effective approach to dust management,” observed BossTek Sales manager Mike Lewis. “This new development will allow users to tailor the fan speed to match the job. It’s useful in a number of different industries, but one good example would be demolition projects,” he said.

“Project managers may need the wide coverage and long reach of our larger models on some jobs, but the volume and throw distance may be too much for smaller projects, such as those in crowded downtown locations. Instead of using a smaller machine to accommodate their changing needs, now they can simply dial back the air flow to match the requirements of those smaller projects.” Lewis said that the VFD is likely to be attractive to companies with variable needs, including concrete curing, cannabis and hemp operations, transfer stations, slag handling and indoor applications.

The VFD control will be available via a simple dial or remote control on three of the company’s DustBoss models: the DB-30, DB-45 and DB-60. All three use specialized nozzles and a ducted fan design to atomize the water flow into droplets 50-200 microns in size, which is the optimum for most dust control applications. Matching the droplets to the most common particle sizes delivers the greatest opportunity for them to collide and fall to the ground.

“In some applications, a high air flow speed is a distinct advantage, delivering a long throw,” Lewis continued. “But in others, the speed and volume may be a disadvantage. Now users can dial in the speed and throw distance as their requirements change. The variability will range from just a few RPMs up to the maximum delivered by each model.”

Another example would be concrete curing, where atomized mist has proven successful in controlling humidity for maximum strength of the finished product. On airport runways and other large projects, the 60-meter throw distance may be desirable, but on smaller pours, contractors may want to dial it back to a fraction of that. With the VFD, they can easily do so, without having to use smaller models.

The variable drive is ideal for standalone applications that require flexibility, communications and energy saving options in a cost-effective solution. The modular design facilitates installation and configuration, with communications options that include a dual port EtherNet/IP card for networking flexibility. An integral LCD human interface module supports multiple languages and features scrolling text to explain parameters and codes. Flexible motor control options include volts per hertz, sensorless vector control and Economizer mode to suit a wide variety of applications.