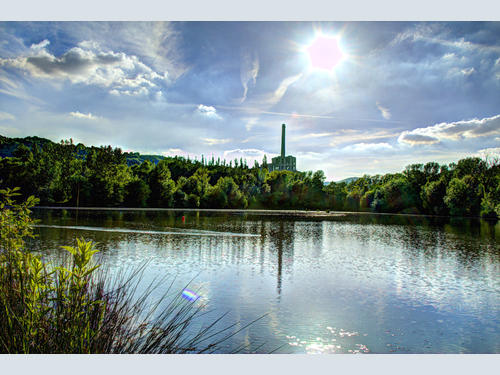 An independent report on the economic impact of the UK’s largest cement works has shown that it contributes £61 million to its local economy.

The updated economic impact assessment report was commissioned from global management, engineering and development consultancy Mott Macdonald by leading construction materials group Breedon for its cement works at Hope in the heart of the Peak District National Park (PDNP).

Its aim was to establish how much the Works contributes both financially and in terms of employment to the Park’s economy.

This latest report* shows the Works supported 270 jobs, (202 directly, 52 indirectly and 14 as induced jobs), including 2 jobs from community and social impacts contributing £61 million to the local economy and accounting for 7% of the Park’s total economic output and 1.8% of its total employment.

In a region with a long-established mineral and aggregates industry, Breedon’s Hope Cement Works accounts for around 16% of UK cement production, which is currently running at more than nine million tonnes per annum.

But the economic benefits of the site extend well beyond its direct footprint. Nearly half its direct employees live within the PDNP itself, supporting the area by spending their wages locally (some £500,000 of induced GVA compared to £59 million of direct GVA and £1.7 million of indirect GVA).

In addition, around £4.7 million of supplier expenditure by the site is with firms based in the PDNP, notably local industry contractors and manufacturing companies supplying specialist products and services in the areas of welding, scaffolding, engineering, joinery, mechanics, haulage, fabrication, photography and catering.

These indirect purchases of goods and services along the supply chain, coupled with the spending on direct and indirect employee wages, create a ripple effect and support further rounds of economic activity. In 2018, Hope Cement Works supported well over 60 additional jobs from those indirect and induced impacts, contributing another £2.1 million to the local economy.

This means that for every 10 jobs created in the PDNP, nearly three additional jobs are created from the multiplier impact of the Breedon site.

Hope’s cement works has manufactured cement for more than 90 years and has a long tradition of actively engaging with the local community through its many social and communal activities.

These include access for local residents to the Hope Works estate and the Earles Sports and Social Club as well as on-site open days and tours and a range of local business and community partnerships.

Taking into account the monitising of rental savings, volunteer time and charitable donations and sponsorships, the Hope site invested the equivalent of well over £160,000 in the community in 2018, supporting two additional jobs within the PDNP and contributing a further £60,000 to the local economy.

Ed Cavanagh, Works manager at the Hope site, said: “It is gratifying to see the healthy increase in our contribution to the local economy over the past few years. We’re very proud of the part we play in the lives and employment of people in the
Peak District National Park.”

Hope has the capacity to produce around 1.5 million tonnes of Breedon Portland, Breedon Portland Plus and Breedon Rapid cement every year. That equates to more than 90 six-storey office buildings or 28 community hospitals, 125,000 houses or 100 schools.

More than half the cement made at Hope is transported in bulk by rail to depots in the South East (Dagenham and Reading), West Midlands (Walsall) and North of England (Dewsbury), ensuring the product is delivered as sustainably as possible.