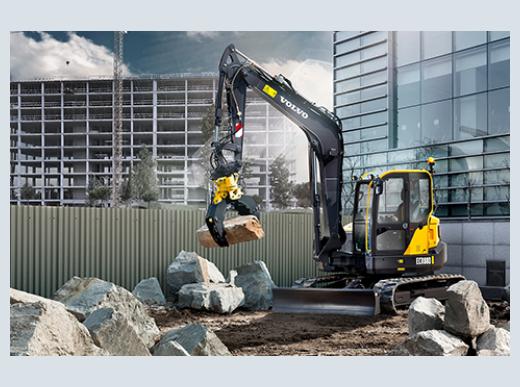 Governments and manufacturers envisioning a diesel-free future for on-road vehicles hit the headlines recently. But how will this impact the construction industry and how will it adapt? Low Emission Zones provide an insight.

The ECR88D mini-digger is fitted with a Diesel Particulate Filter as standard, making it ideal for use in Low Emission Zones.

This July, the automotive industry was rocked by a far-reaching announcement when Volvo Cars stated that all its new cars would be electric or hybrid from 2019 onwards. The following day, the French government announced it would end sales of petrol and diesel vehicles by 2040 as a way to fight against air pollution. A few weeks later, the British government followed with a similar proposal.

But what will these bans mean for the construction industry and off-road vehicles?

Construction equipment is largely run on diesel engines and so far, no official announcements have been made concerning their use once these bans come into effect. While decisions are yet to be made on what a diesel-free future means for construction equipment, Low Emission Zones (LEZs) currently provide an insight into how urban construction projects can have a less sharmful effect on air quality right now.