The 60,000th Liebherr crawler excavator on the Champs Elysées 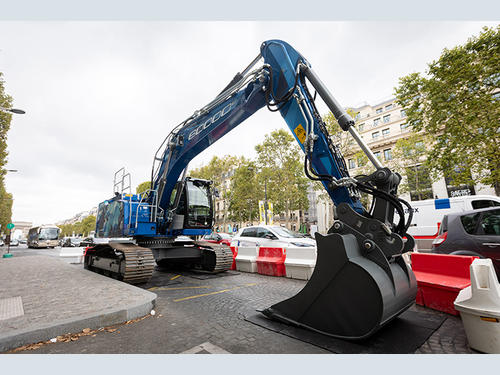 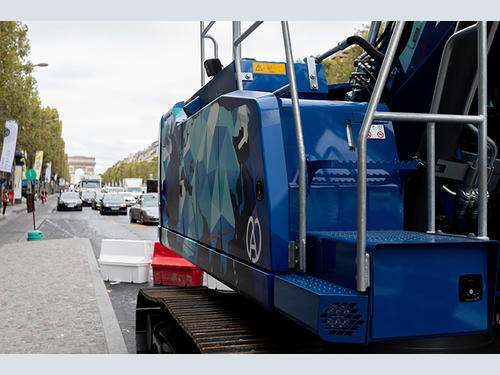 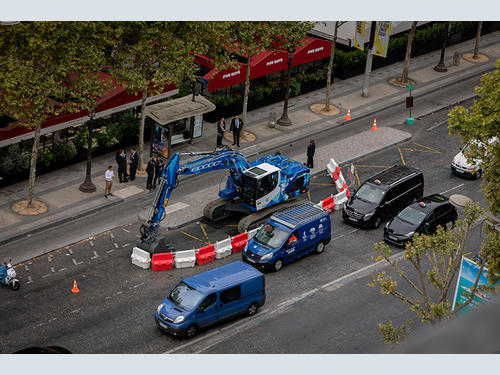 Within the framework of organising a Liebherr event at the House of Alsace, in the heart of the Champs Elysées, the 60,000th Liebherr crawler excavator occupied a very special place on the world's most beautiful avenue on 12 and 13 September. The perfect way to showcase the expertise and continuity of the historic Liebherr production site in France, in Colmar, Alsace.

Unveiled on 1 March to local officials and the entire workforce of Liebherr-France SAS, the 60,000th crawler excavator has since embarked on a trip around France, Belgium and Luxembourg.

Already exhibited at Bauma in Munich, the Tour de France in Colmar, as well as by some of the Liebherr sales network, this time the flagship from Colmar stopped in front of the House of Alsace on 39 avenue des Champs Elysées for 2 days.

With its stopover in the French capital, the flagship from Colmar emphasised its close ties with its Alsatian origins and at the same time benefited from the international and symbolic dimension of the Champs Elysées.

Symbol of the new generation of Liebherr crawler excavators

Like all 8th generation models, the 60,000th R 922 is characterised by a completely new design, revised in order to improve comfort, safety, ergonomics and performance.

Manufactured in March on a dedicated assembly line, introduced this year, this crawler excavator is the first 8th generation model to have left the Liebherr-France SAS factories.

As a symbol of local expertise serving the global marketplace, the 60,000th R 922 is still making waves!