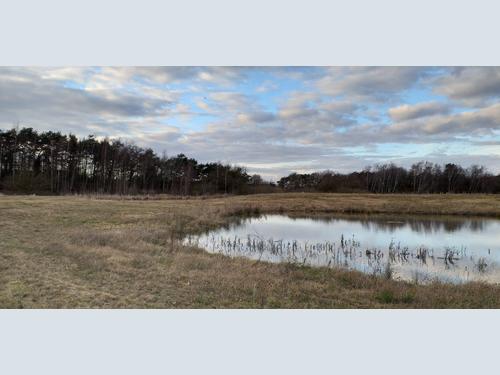 Populations of nationally important reptile species have been protected and moved to specially designed and bespoke new habitats at Tarmac’s Bellhouse Quarry in Essex, as part of the company’s ongoing commitment to supporting wildlife and biodiversity across the UK.

Tarmac’s team had previously identified a population of reptiles in an area to the north of the active quarry that had been due to be extended into, and has been working to create and enhance specialised habitats as a new home for the animals as a fundamental part of the design for the restoration for the site.

A section of the quarry has since been specially dedicated to housing the populations of these species that include common lizards, slow worms and grass snakes, which have been successfully ‘translocated’ and moved to these new habitats.

The reptile habitat creation works originally began in 2016, which created almost three hectares of ideal habitat for reptiles including ponds, tussocky grassland, patches of shrub and acid grassland. These habitats are now establishing, evolving and maturing and further areas will be created through the site’s restoration process to allow the reptile population to expand and grow.

Enrique Moran Montero, restoration manager at Tarmac, said: “We’re very proud to have facilitated the translocation of these reptiles as part of our ongoing restoration efforts. Over 18 hectares of UK priority habitats have been established at Bellhouse Quarry as part of our progressive restoration works, with 60 hectares more to come to help the local wildlife to establish and thrive.

“The restoration phase of a quarry provides so many opportunities to promote local fauna and flora, and we pride ourselves in making the most of this land. From nature reserves, to parks and wildlife learning zones for schools to use, we always strive to provide benefits for local wildlife as well as the communities we work in.”

Kelven Nichols, Bellhouse Quarry Manager added: “We are really proud of the habitats that we have restored at the site that provide home for the local wildlife.”

Although UK reptiles can be found in a wide range of locations, some of these animals are now rare and they require careful management. Several hibernaculas – places where animals seek refuge over winter such as caves and other similar shelters – have also been constructed at the site to provide home to the reptiles during the winter months.

Tarmac was supported at Bellhouse Quarry by Henry Andrews, an ecologist with a wealth of experience of wildlife relocation. Henry carried out the translocation of the reptiles in 2019 from the northern area of the quarry to their new home. He said: “This has been a brilliant project which Tarmac and Bellhouse Quarry’s management team have paid a great deal of attention to. The reptiles are key components of the functioning ecosystem and it’s very rewarding element of the wider restoration project.”