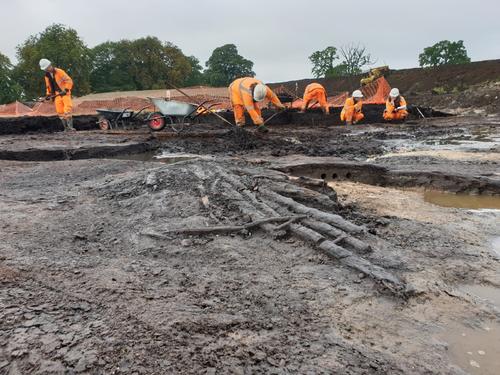 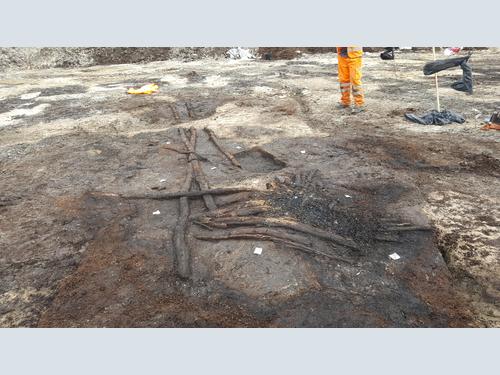 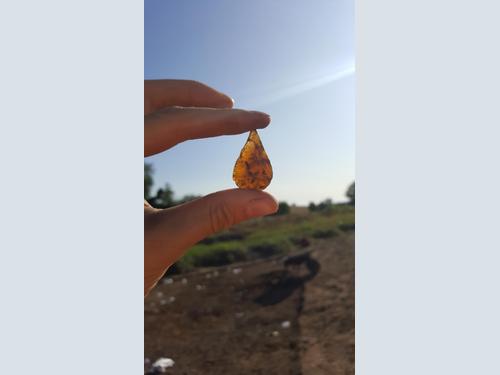 Excavations at Tarmac’s Killerby quarry near Northallerton in North Yorkshire have uncovered the remains of two Stone Age buildings which could include the UK’s first example of a house in which the timbers used to construct it have survived.

The rare findings have come about through a 10-year-long collaboration between Tarmac – owners of the quarry – and Archaeology Research Services Ltd (ARS), which has seen extensive archaeological survey and excavation work undertaken at the site prior to the quarry commencing operations.

The remains are believed to be from the Mesolithic and Neolithic periods, which date from 12,000 and 6,000 years old respectively.

Made from two Y-shaped poles approximately 2.5m-3m in length and constructed in an A-frame shape – the remains are believed to be part of a structure that was built on the edge of a pond and thought to have been used as a temporary encampment during the drier summer months.

Another structure located at a lower level, radiocarbon dated to around 10,000 years ago, was formed by 6m-7m long poles that appear to have been used to make a cone-shaped structure. This would have been covered with reed thatch, hides or other forms of covering, similar to a tepee, and has the remains of its last fire still present.

The wood from these structures is well-preserved, having laid in peat without oxygen for thousands of years. Evidence for the trimming of the poles can be seen as well as marks made by stone axe heads used to ready the timbers.

Alan Coe, production manager for North Yorkshire at Tarmac’s Killerby Quarry, said: “We’re very excited with this latest finding from Killerby. It’s extremely important that items of historic interest are catalogued and thoroughly researched during our preparatory work, so that they can be recorded and the information shared with the public.

“Without this work being carried out at the quarry, findings such as these would have never seen the light of day.”

Clive Waddington, managing director of ARS Ltd, added: “The Mesolithic building appears to have been built over a roughly circular hollow in the peat, with the posts looking as though they are situated round its edges to produce a cone-shaped roof. We will be undertaking further analysis, including precise dating, and analysing the material from the hearth pit to tell us what kind of activities were taking place, what food people were eating, and what time of year the site was occupied.

“No other Mesolithic settlement structures have yielded timbers, and these are so well-preserved they look like they were felled yesterday. We are still in the process of understanding whether this could have formed part of an ancient seasonal camp or whether it relates to some other form of activity, but a settlement site seems the most likely at the moment.”

Working closely with Tarmac, ARS Ltd has carried out a wide range of archaeological works, which includes fieldwalking, evaluation trenching, excavation, desk-based research, as well as geomorphological mapping (1) and coring (2).

These activities have enabled archaeologists to discover various remains from the Mesolithic era (9,700 BC – 4,000 BC) to the Romano-British period (43 AD – 410 AD), including rare flint arrowheads, axe-heads, knives and scraping tools.

To find out more visit: https://www.archaeologicalresearchservices.com/projects/killerby-quarry/