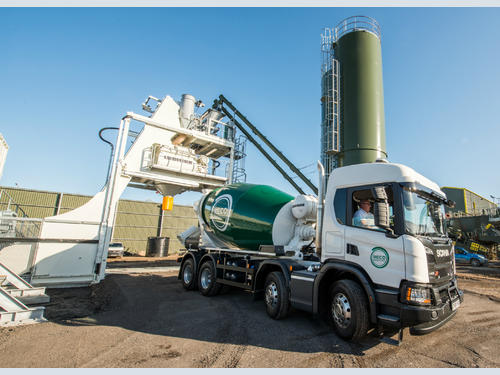 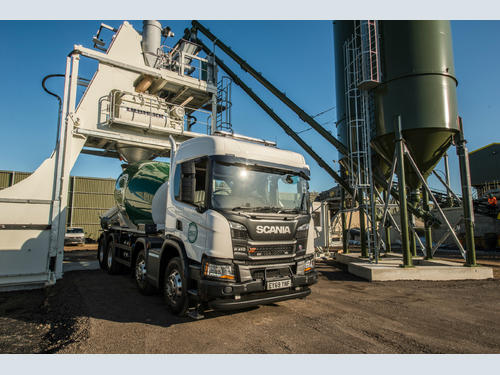 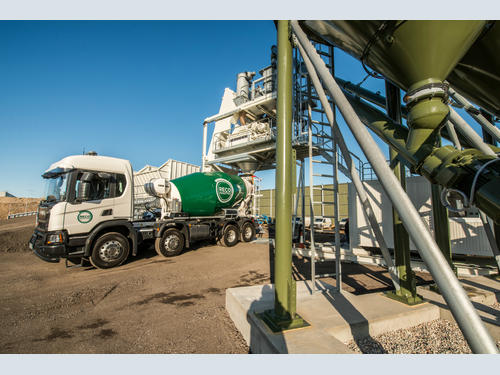 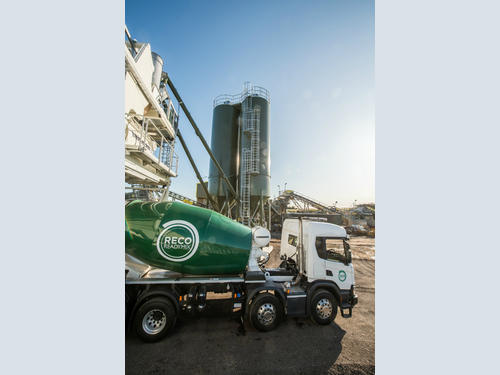 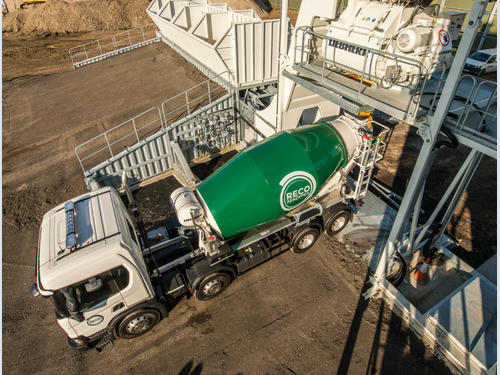 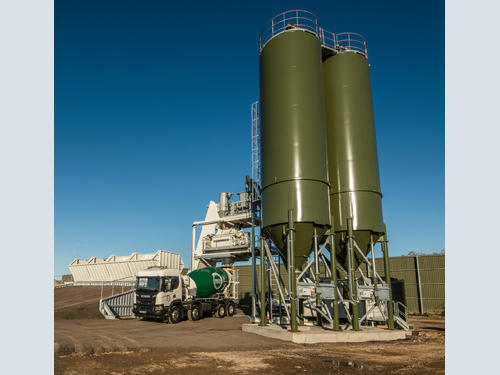 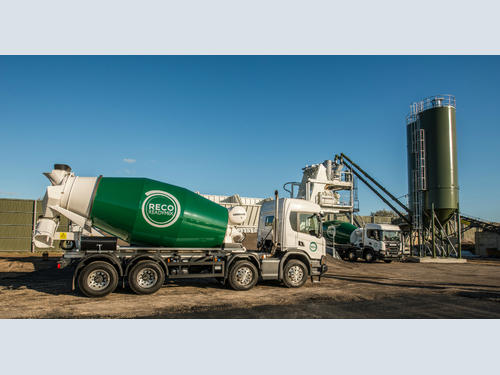 Following a robust and highly competitive procurement process Kent based RECO ReadyMix (part of the TW Services) has chosen and installed the Liebherr Mobilmix 2.5-F concrete mixing plant at its depot in Sandwich, Kent...

Capable of producing up to 115 m3 per hour, the plant includes a bank of four aggregate containers with two that are split. These containers can hold a variety of products, which are used to batch different mixes.  Material is weighed and fed into a DW 2.5 twin-shaft mixer via a simple rope operated skip. The twin-shaft 2.5 m mixer is capable of batching a maximum of 2.67 m3 at a time. Heavy-duty mixer tools inside the body are driven by a pair of 75 kW motors, both mounted on the same side of the mixer for ease of access when servicing. Liebherr’s own energy efficient planetary gearboxes reduce the plant’s energy requirements, ensuring a low production cost per mix.

Liebherr’s modular design meant that the Mobilmix 2.5-F concrete mixing plant was delivered and constructed in a matter of days. As the whole system is pre-wired, it only required linking together and a connection to the power and water networks on the site. Whilst the Liebherr solution was not the cheapest, Reco’s past experience with Liebherr’s equipment and service, which includes a number of dozers and material handlers, swung the deal.

To complement the batching plant, Reco Readymix has also purchased five HTM 905 mixing drums. Capable of handling a load of 8 m3, the drums have been supplied with Liebherr’s Litronic EMC control system. This intuitive system enables the operator to single-handedly and accurately control the drum rotation direction, ensuring the correct amount of material is delivered. Thanks to the system’s constant speed drive function, which reduces drum revolutions during each delivery, drum service life is extended. The low weight of the drum means that a larger payload can be carried without any reduction in the build quality and longevity of the drum and drive unit. Liebherr’s generation 05 mixer series has benefitted from a number of recent upgrades designed to aid the driver: the swivel chute is now 80 mm higher to allow a better flow angle for the outgoing material and the ladder platform has been enlarged with a new, lightweight aluminium ladder replacing the older steel version.

Reco Readymix General Manager and Director, Jay Preece, has not looked back since his purchase of the new batching plant and drums: “RecoPro’s growth strategy has been achieved by a concentrating on reliability and our reinvestment in new facilities, vehicles and machinery.  With an extensive range of modern machinery and equipment already in our fleet, the Liebherr purchases have fitted in seamlessly.  As with the batching plant, we looked at several drum alternatives already in operation around the south east and the general consensus was that Liebherr was the “Rolls Royce” when it comes to drum mixers and concrete technology in general. It’s simple:  We trust their products and we trust their backup.”