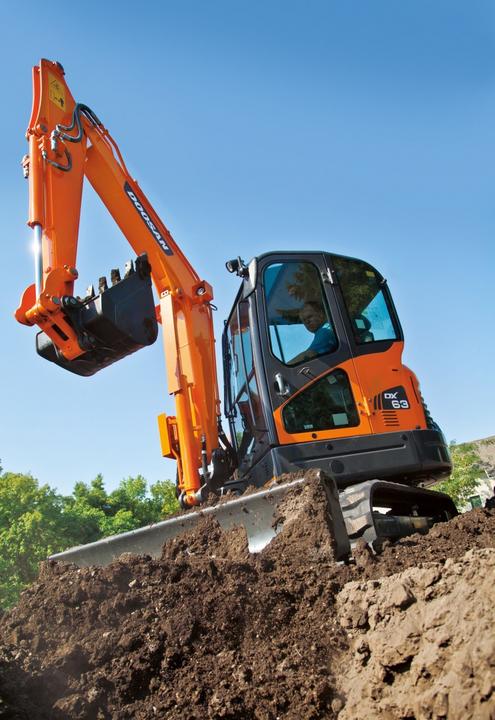 Doosan Construction Equipment has appointed Kellands (Plant Sales) Ltd, based in Bridgwater in Somerset, as the new Authorised Dealer for London and South East England for the Doosan range of crawler, wheeled and mini/midi excavators, wheel loaders and articulated dump trucks (ADTs).

The new appointment in London and South East England is an extension to the area currently covered by Kellands as the long-standing Doosan Dealer for the whole of South West England, covering the counties of Somerset, Dorset, Wiltshire, Devon, Cornwall, North Somerset, Bath and North East Somerset, Bristol and Gloucestershire.

Kellands is looking to purchase a new depot in the South East to cover the expanded area to add to the company’s existing depots in Bridgwater and Camelford in Cornwall. Kellands has already recruited three additional salesmen and three new service engineers for the new area. The engineers all work from new service vans fully equipped with workshop tools and extensive parts for on-the-spot service work. Kellands is looking to take on two more service engineers as part of the new team for London and the South East.

Kellands’ customers benefit from the company’s on-site service network, covering everything from emergency repairs to routine maintenance. Kellands’ factory-trained engineers have many years of hands-on experience of repairs and servicing of heavy plant and machinery.

As well as covering existing contracts, Kellands provides flexible service agreements, depending on the requirements of the customer. The company is offering service and warranty work on all existing Doosan machines in the London and South East, backed by a full selection of genuine accessories and parts. The company is also holding a stock of new and used Doosan branded machines, to respond quickly to customers’ needs.

Doosan Dealer For Over 30 Years
Kellands has been a Doosan dealer since 1987. The company signed up as a dealer during a visit to the Site Equipment Demonstration (SED) Exhibition in 1987 when the Daewoo range of excavators and wheel loaders made its first appearance in the UK and successfully promoted the products over the years leading up to the purchase of the Daewoo range by Doosan in 2005. The Doosan range of ADTs formerly branded Moxy was added in 2008.

Anthony Pearce, Doosan Regional Manager – Northern Europe, commented: “We are delighted to be able to appoint Kellands as the new Doosan dealer for London and South East England. Over the last 30 years, Kellands has established an excellent track record as the Doosan Dealer in South West England.

“Kellands has been awarded the extended area purely on merit, despite very strong interest from other parties. It reflects the focus at Kellands under Joint Managing Directors, Mark Payne and Tim Hill, on delivering an exceptional customer experience and strong, local leadership within the company.

“It is also tremendous testament to the professionalism at Kellands, that the company immediately put a new sales and service network into place for the extended area. Kellands has begun very strongly with sales of Doosan machines throughout the London and South East area.”

Mark Payne said: “Both Tim and I have been with Kellands for over 20 years – this is an exciting time for the company and we are very pleased to be extending our representation of the Doosan brand. We have been associated with it for many years and are passionate about the tremendous product line-up the company offers. As a company, Doosan is very easy to do business with and they are as equally focused as Kellands on continuing the success in the London and South East market.”