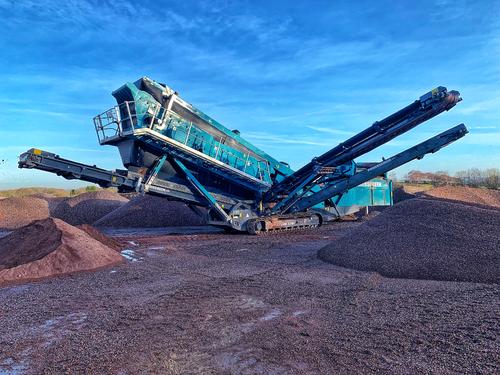 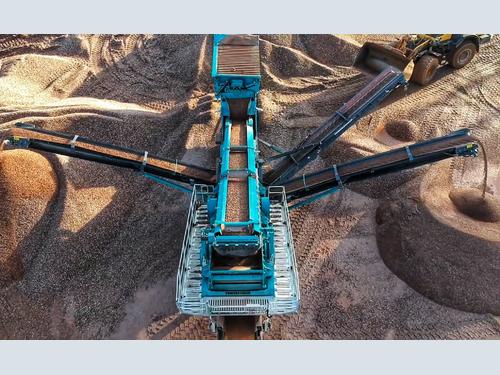 JPE Aggregates has purchased a Powerscreen Chieftain 2200 that incorporates two triple deck screen boxes as demand for their products increases...

JPE Aggregates is a midland based aggregate supplier specialising in the delivery of sand, recycled aggregates and soils to the construction industry. JPE supplies and distributes from their own strategically located quarries, allowing the company to develop a reputation as leaders in delivering earth and aggregate solutions across the Midlands, as well as the UK. The business has been in existence for over 25 years, developing a reputation for providing the highest levels of service and a commitment to supporting sustainability in the construction industry.

JPE’s Shire Oak Quarry is one of the largest independent quarries in the Midlands and is located within minutes of the M6 toll. The site offers an extensive range of sustainable aggregates and sand products, using their state-of-the-art washing plant, and several Powerscreen machines also supplied by Blue Group. With increasing demand for the products produced at Shire Oak, the company required another mobile screen to increase the efficiency of their operation.

The Chieftain 2200 was an obvious choice for Steve Birch, Director at JPE Aggregates, since the 2200 has been specifically designed for operators looking to process large volumes and a variety of high specification final products. Its two highly versatile triple-deck screen boxes has enabled the quarry to produce four saleable products and has significantly increased the site’s production rate.

Despite its size the Chieftain can be set up in as little as 30 minutes, as it boasts hydraulic folding conveyors and track mobility. Other key features include; a revolutionary patent pending drive system which allows for switching between 2 and 4 bearings with bolt-on parts and hydraulic screen tensioning.

Pete Perryman, Quarry Manager at Shire Oak, who was heavily involved in the decision process explains why JPE chose the 2200, “Reliability of the machine was a big factor in our decision, we know how well the machine works, it is easy for the guys to work on and to set up. It is also incredibly powerful, and we did look at other machines, but they do not match the 2200 on power or size. So, it was an easy decision to stick with Powerscreen.”

Pete Perryman also commented on the positive experience he has had with working with Blue Spares over the years “I have dealt with Blue Spares for some time now and they are absolutely grand. I deal with Heather mostly, who is always helpful and gets back to me promptly.”

Mark McMullan, Blue Machinery Salesman commented, “The Chieftain 2200 three deck is perfectly suited to the requirements and objectives of this site. Blue Group’s long-term relationship with JPE has resulted in the firm purchasing several Powerscreen machines over the last few years, which are an integral part of their business.”