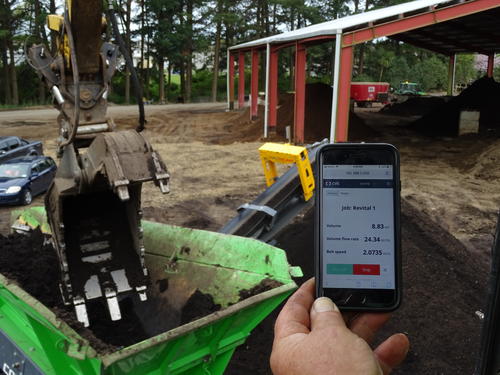 The global leader in payload profiling systems, Loadscan, has announced the release of its conveyor volume scanner (CVS) – a high-tech, yet easy-to-use, tool that allows users to see how much material is moving across their conveyor belt.

The CVS is an above-belt lidar laser measurement system.  It is ideal for production management as it provides unambiguous data, including 3D profiling, in real-time or period reporting.

The Loadscan belt scanner gives users a clear understanding of their inventory production rates (or contract crushing quantities) in volume and tonnes. Its specially designed scan-head, with single laser, continuously scans the full width of a conveyor belt at high angular resolution to capture accurate volumetric measurement of the material flowing by.

Carey West, owner and director of Loadscan says, “We are really excited about this product. The concept of a belt scanner has been around for a while – customers have been asking for it – and now we can deliver a well-designed solution that’s easy to install and affordable, that has a software interface that is stacked with functionality, and that’s user-friendly.

“The CVS is the perfect complement to our load volume truck scanners and will complete our customers’ volumetric production tracking. It could also solve production management headaches for many companies, and industries, that have never used volumetric scanning before. I can see it being adapted to a variety of industry applications.”

West says that unlike other optical belt scales, which provide some data but don’t integrate easily, the Loadscan CVS has been designed to provide hassle-free, insightful reporting. It has extensive functionality options with an on-board application programming interface (API).

The API enables the user to easily set up a list of jobs; instructing their dispatch system to deliver the specified job quantities (which can be reported direct to the loader operator’s cab) and allowing the job run to be initiated by the loader operator.

The Loadscan conveyor volume scanner works across all conveyor belts. The standard scan head is simply fixed to the appropriately sized frame, which expands or contracts, for a secure fit to the user’s particular belt.

With the correct size frame, the CVS can run on any belt from 400mm to 2000mm wide (and can be custom mounted on belts up to 3000mm). And the Loadscan CVS can be used on deep belts, supplying accurate measurement for material quantities that were previously thought to be too great for bulk flow volume scanning.

Loadscan have been at the forefront of volumetric measurement over the past decade, pathing the way for easy, accurate load management with their load volume scanning (LVS) systems for trucks and trailers. By adapting their 3D load profiling capabilities, proprietary software, and premier lasers to conveyor belts, they hope to expand upon their reputation for excellence.

The CVS continues in the vein of Loadscan’s tradition of high build quality. It is a robust product that will withstand a wide temperature range in harsh environments. And the hi-spec lasers used in the CVS are class one eye safe, meaning that users do not require any extra protection.

Loadscan’s conveyor volume scanner (CVS) hits the market this month and given the product’s versatility and application across various sectors that use conveyor belts in production and extraction, it is expected to be in high demand. For more information about the CVS or load volume scanning (LVS) systems visit loadscan.com.