Komplet en-route to real success in the UK 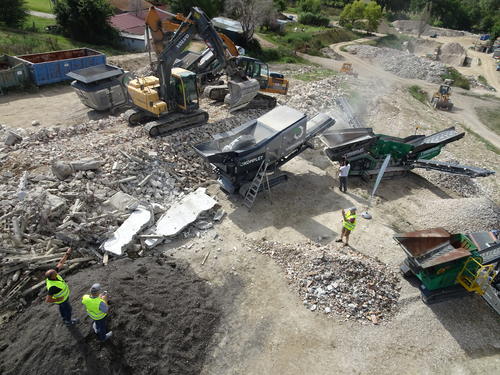 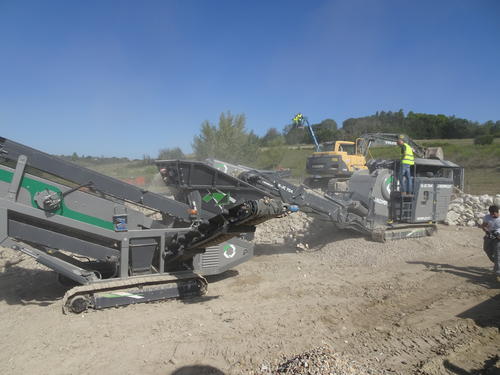 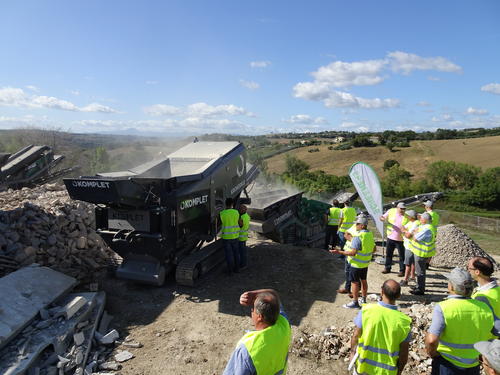 The Marche region of Italy is situated on the East coast and contains beautiful sweeping hillsides and many historical towns and villages. However, in 1997 a devastating earthquake struck devastating the region leaving 11 dead, 100 injured and centuries old buildings either demolished or severely damaged.

The clear up operation was slow as large-scale machines weren’t permitted into many of the towns because of the potential damage to these buildings but in time lives and buildings were rebuilt. Then in 1999 a new company was born with a product to help meet some of the challenges of the 1997 earthquake.

"The difficulty in dealing with the rubble from the 1997 earthquake created a business need. How do you get a crusher into a site where 20-30 tonnes machines aren’t permitted, and space is at a premium? You make then smaller, but just as powerful,” said Alan Canestrari, head of sales and marketing at Komplet. We launched our first compact machine in 1999, the M2000, a compact crusher designed to meet the needs of sites where space is limited.”

20 years on and Komplet has just completed an international dealer demonstration event at its base in Senigallia in the Marche region with full demonstrations of the company’s machines at a local quarry followed by an extensive factory visit.

"When we tell people about the size of the Komplet machines they often feel they will be too small to process the necessary material. It’s important we are able to not only see the machines in action, but also work with the Komplet team and get a good understanding of what the future holds, and also give our feedback on the products,” said Paul Donnelly, Director at Red Knight 6 Ltd

One of the machines on show was the new 'Krokodile' a compact and robust shredder, capable of handing the toughest materials containing rebar and reinforcing wire, whilst weighing just 14 tonnes at 8m long (approx. 5m for transportation) and 2.2m wide.

“Machines like the Krokodile really demonstrate the power these compact machines can punch, but it isn’t just about power, there is an environmental benefit too. Across the range the compact machines mean they work in any site, but also are easier to transport via trailer and lower noise emissions. Transportation costs are lower as material can be processed onsite and reused, rather than having to be taken away,” added Paul.

“We can’t wait to start exploring new applications with our customers and making the Komplet story a real success in the UK,” finished Paul.