Increased efficiency for Tritton Mine 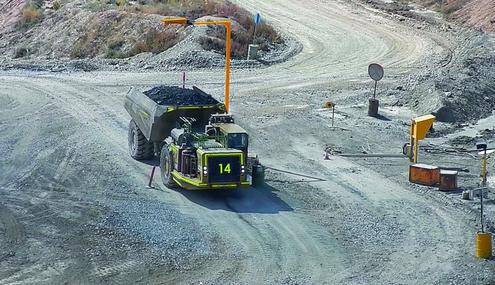 The reason to install the LVS system came about due to consistent inaccuracies with their current payload measurement system used to track daily ore production. The mine used a combination of paper records along with load weight information.

Truck operators were filling out time sheets for each shift, documenting their activities, such as truck ID, load destination, time loaded and time dumped. It was then combined with load weight information gained from a weighbridge and uploaded to a production tracking database, all of which the LVS system now does automatically.

Some of the issues Tritton faced with their original system included limited forward compatibility. Any upgrades to the trucking fleet meant current weighing systems quickly became redundant, the weighbridge system had limited data compatibility with their production tracking database and due to the weighbridge requiring physical contact it was prone to wear and tear, requiring regular maintenance. All of which cost a considerable amount of time and money.

Matthew Gouldstone from Tritton Mine says “the scanner receives no wear and tear as it is scanning as opposed to weighing and is much more durable given the conditions it operates under.

There have been two major benefits gained from installing the LVS system, one being the immediate, accurate load volume has allowed for real time feedback to underground loader operators, allowing for informal coaching from the supervisors using the 3D load profiling software. This has resulted in the trucks being loaded to capacity and has increased trucking factors by 9.7%, ultimately resulting in a lower cost per tonne hauled.

The second benefit is the data tracking software. Cycle time is easy to track and a simple interface allows supervisors to understand loads per shift or day. Training the supervisors how to use this data has meant 10-20 minutes per shift has been saved from reading back through plods and tallying up tonnes moved.

The level of detail obtained by the LVS is impressive to everyone who has used the software. Overall the return on investment has been extremely quick, within the first full month after installation the LVS has paid for itself.”