How will the economic downturn affect PRN prices? 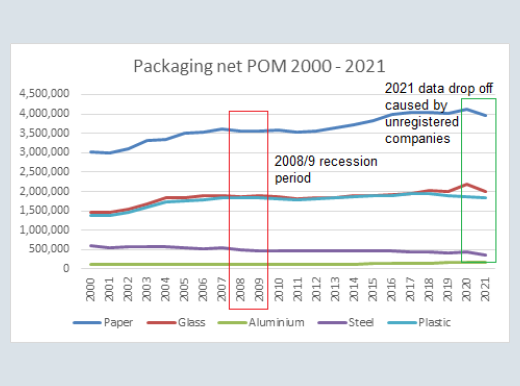 Figure 1: Packaging placed on the market 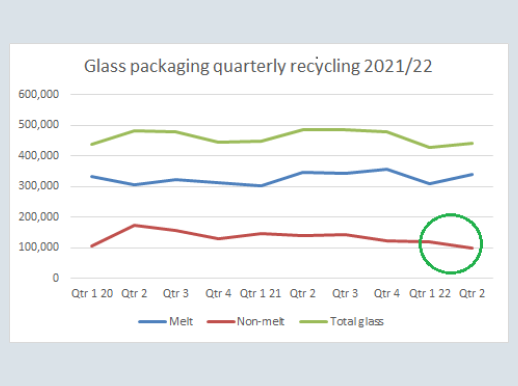 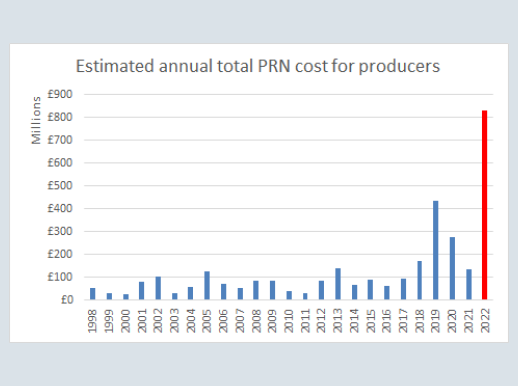 Joseph Doherty, Managing Director of Re-Gen Waste, believes that the PRN prices will be affected by the cost of living crisis.

The graph below shows the amount of packaging placed on the UK market reported by registered packaging producers since the early days of the packaging waste regulation.

This is a combination of sales of UK manufactured products minus exports plus imported filled packaging and whilst not showing the entire picture – given the de minimis thresholds for registration – they illustrate trends and highlight anomalies such as the significant amount of data that has yet to be reported for 2021.

Whilst not immediately obvious, with the looming recession, the data gives an indication of the likely impact of an economic downturn by looking back to the time of the 2008 financial crisis and the years that followed.

Although not huge, the biggest impact would appear to have been on drinks with a significant fall in glass and steel and a levelling-off of aluminium. Industry research indicates that beer and cider were hard-hit in the 2008/9 economic crisis, due to a combination of duty rises, an on-premise slump and increased at-home consumption, which tends to favour spirits and wine. Not all these factors will be applicable in the current downturn. At present, rather than increase duty, the government appears to be seeking ways to alleviate consumer costs, but it seems unlikely that new PM Liz Truss will be able to mitigate the full cost impact of energy, food and all the other consumer factors. It would therefore seem inevitable that consumption will slow.

The government has decided to keep packaging waste recycling targets for 2023 at the same level as 2022. We don’t yet know what the final obligation will be for this year as a number of large producers such as Morrisons and Wickes have still to register despite the April deadline. However, given the consistency of the annual data, the likely level of missing data can be estimated and when this is added into the current PRN demand, all the indications are that for 2022 at current recycling levels, we are heading for a significant shortfall on glass recycling and, for the first time, the overall recycling target. As belts are tightened and consumer consumption falls, will this add further pressure to recycling levels this year, especially to glass which was saw a fall in sales in 2008/9?

For next year, whilst targets are flat, a shortfall this year could see a lack of carry forward PRNs into 2023. The carry forward into January this year was significant – over 80,000 tonnes of glass and half a million tonnes in total across all the materials. Losing this would be the equivalent of nearly 6% being added to the overall recycling target and over 3% to the glass target, adding huge pressure to 2023 compliance.

One of the uncertainties this year has been the downturn of non-melt recycling for glass. Whilst waste management companies are reporting consistent and stable levels of glass collection, the data reported by accredited recycling companies has seen a steady decline in the amount of glass used for aggregate and thus, the total recycled. Industry experts are at a loss to explain this and it is understood to be under investigation by the EA, but if this trend continues, it will add further to pressure on glass targets and will see a corresponding rise in PRN prices.

It is difficult to over-emphasise the impending impact these issues will have on hard-pressed businesses. For many caught by the producer responsibility system, PRN prices have been an annual irritant, an additional and completely unpredictable hit to their bottom line.

In normal years, this has been absorbed relatively easily, but when the market sees the sort of price escalation that is happening at the moment – glass non-melt PRNs rising from £10 to £135/tonne, paper from £1.50 to £35, plastic from £50 to £300, businesses are left gasping as the overall PRN bill for 2022 could far exceed anything previously experienced.

At current average prices for the year to date, the likely cost for PRNs this year will hit over £400m. If average prices for 2022 reflect the current prices for PRNs, it is likely the total PRN cost could reach over £800m. Whilst still less than half what the new EPR system will cost producers from 2024, it still vastly exceeds any previous year.

Is there a solution that might dampen prices? This was considered back in 2019 when plastic looked like missing the target and at one stage, plastic PRNs hit £500/tonne. Various options were put to the regulators and Defra such as using January PRNs for the previous year; applying an administrative penalty where a producer could pay a fee to a central pot instead of buying PRNs; spreading the obligation across two years.

But these types of intervention always have winners and losers – how do you compensate someone who has spent a fortune on PRNs in the free market to ensure they comply, when someone who has waited then benefits from the lower prices of an artificially dampened market? In the end, it was decided to leave it to the market which worked in theory as high PRN prices led to a surge in recycling. But that then caused widespread speculation as to how much was genuine packaging recycling and how much was fraud, always a problem with high PRN prices.

At this stage in the year, it seems there is little option but to let the market do its job. But for producers facing massive PRN bills at a time of economic hardship, that could be a difficult pill to swallow.