Hanson shows it support for Pride 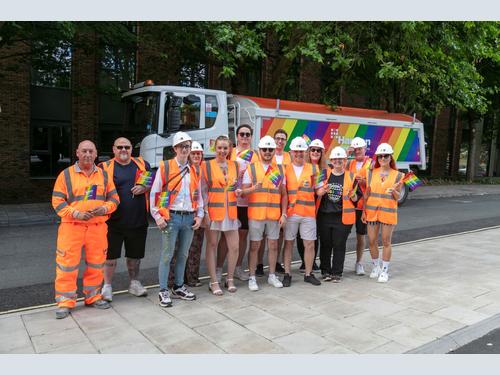 Hanson has given a ready-mixed concrete mixer and an aggregates tipper truck a colourful makeover to mark the 50th anniversary of Pride marches in the UK and show its support for the LGBT+ community.

The vehicles can be spotted making deliveries across the Bristol area and were also part of the company’s presence at the Bristol Pride festival held on The Downs in the city on July 09.

“The network is open to all employees, not just those from the LGBT+ community, and it was great to see so many people involved in the Bristol Pride event and show their support for inclusion and diversity.”

Hanson is also the first building materials supplier to become a member of Building Equality, which aims to build a more inclusive construction industry through collaboration, support and promotion.