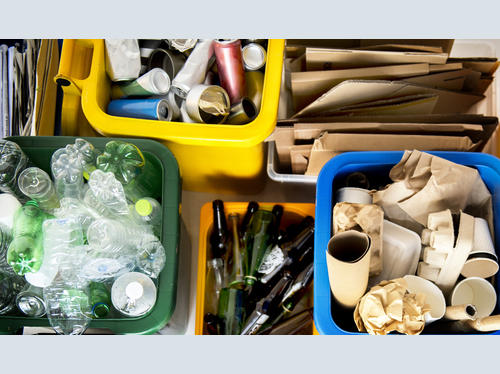 In response to a feature published in UK newspaper, The Express, that referred to plastic recycling as ‘nonsense’, the business believes that a blanket statement is not only short-sighted but ultimately ends up causing more harm than good, particularly as it relates to groundbreaking recycling technologies developed in the UK.

Philippe von Stauffenberg, CEO and Founder of Greenback, explains: “A great example of harmful throwaway comments is the Prime Minister’s statement that ‘recycling doesn’t work’, when in reality, the biggest hurdle is that investment in recycling infrastructure has not been forthcoming in Britain over the last 20 years – particularly when compared to most EU countries. Rhetoric such as this only encourages the public to think twice about recycling their waste, so it can be a damaging position to take.”

Instead, von Stauffenberg says, “Britain is a hotbed for new technologies that are making significant contributions to solving the plastic pollution challenge. Precisely because in the past there has been significant underinvestment in recycling technologies and poor financing of Extended Producer Responsibility programs in the UK, there is no entrenched waste management industry defending an unsustainable status quo. In fact, there is now a flourishing start-up scene with technologies that provide fresh thinking along many parts of the recycling value chain. These range from new compostable plastic materials and advanced recycling of plastic using enzymes to technologies enabling full transparency and traceability with the help of the blockchain.

“Comments like the PM’s are putting at risk one of the most needed, and most innovative sectors of industry. Britain is a leader in recycling innovation and could be a role model for many countries that also have significantly underinvested in the past.

“Anti-plastic or anti-recycling rhetoric really tells only half the story and treats plastic packaging as though it’s a singular problem to be solved. It not only ignores the role of plastic packaging in ensuring food safety and durability and reducing food waste but also that it is the cheapest and most environmentally friendly material if it is collected and treated correctly.

“What we ought to be doing instead of rubbishing recycling is improving ways to recycle rubbish: recover plastic waste that was not previously recycled and turn it into new packaging. This will not only reduce the amount of plastic that ends up polluting landfills and rivers but lessen the dependence on fossil feedstock to make new plastics. We need to close the loop - that’s the heart of what we are doing at Greenback.”

Aiming to shake up the way waste plastic is dealt with, Greenback is developing a decentralised network of innovative recycling facilities, located next to sources of waste. The company’s model uses small-scale advanced recycling plants to convert flexible packaging that is often hard to recycle to ‘pyrolysis oil’, which can then be used as recycled feedstock for food-grade packaging.

von Stauffenberg added: “Plastics are rarely the villain they’re made out to be, but people often are. Given its high price, in addition to recycling plastic into pyrolysis oil (a material that is identical to fossil feedstock), we need to ensure that we can prove that it is really made from used plastic packaging, as otherwise, people will profit by mixing it with fossil oil and selling it as “recycled.” We have therefore developed technology that traces the journey of waste all the way to the packaging producers so that consumer goods companies can rely on the provenance of their recycled packaging material.

“Blanket statements that recycling doesn’t work are neither accurate nor helpful. Technology exists so that every piece of plastic can already be recycled. The work is now to make it scalable and financially viable. The combination of a government committed to introducing regulations with incentives and penalties and supporting new technologies could ensure Britain’s leadership in the future.”