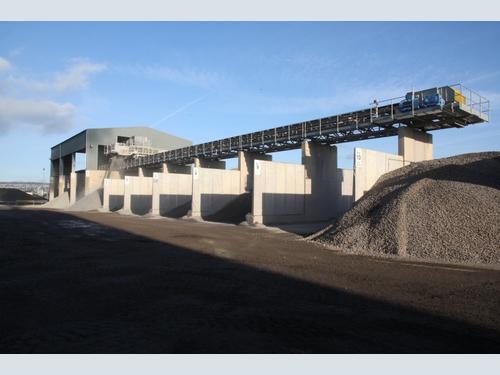 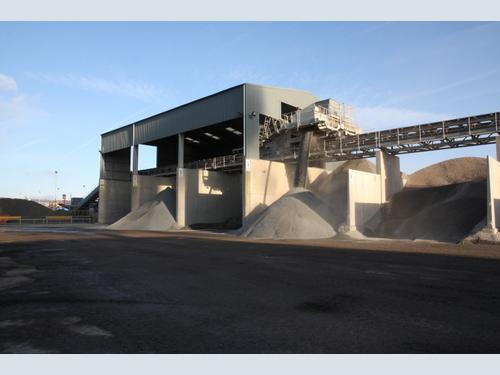 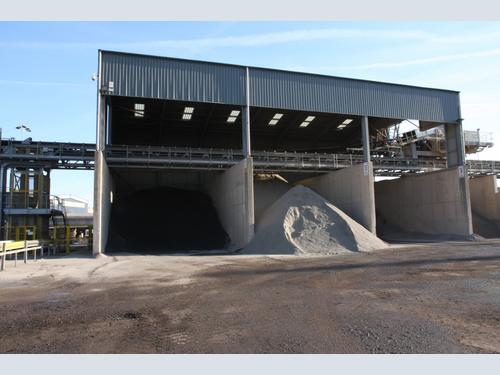 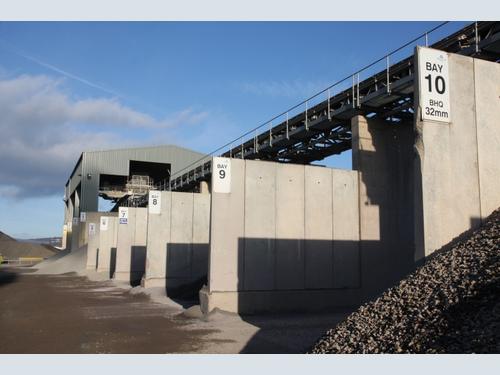 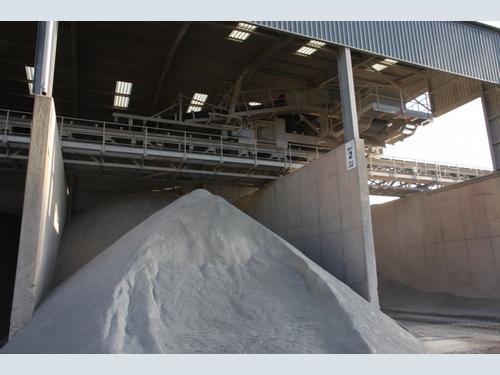 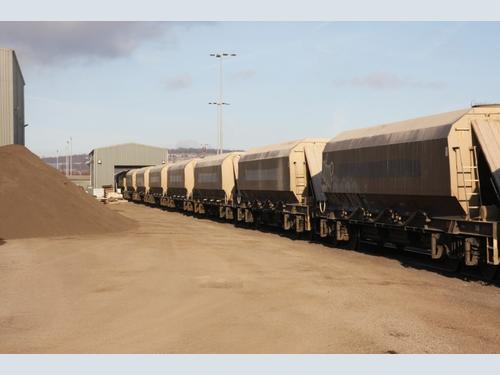 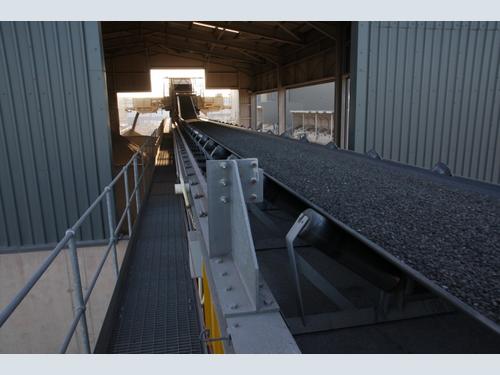 Following the demise of the Tinsley rail marshalling yards in Sheffield and the subsequent development of a smaller yard in 2007, this was followed by the opening of the Sheffield International Rail Freight Terminal (SIFRT); with part of the remaining brown field site taken up by Aggregate Industries for a £1.5 million investment in a rail-fed asphalt plant.

With a successful tender DUO Manufacturing designed and built a BDU and Tripper Storage System for Aggregate Industries which was duly commissioned and put into operation in 2013 when the site became fully operational.

Designed by DUO in conjunction with AI engineers the BDU incorporates 9 stock bunkers and can handle up to 1500tph of aggregate, enabling a train to be shunted and unloaded in just 2.5 hours.

The site receives a scheduled daily train of 1500 tonnes which comprises of a mixed load of 20/14/10/6mm aggregate and dust. This is despatched from 3 quarries – Bardon Hill (90%), Croft (7%) and Haughmond Hill, Shropshire (3%). All incoming material is then used solely for the on-site asphalt plant.

Richard Stott – Production Manager, commented, “Originally, we only received trains on alternate days but as demand grew we moved to daily deliveries. It really is a very quick and efficient system of unloading; most of the time is spent shunting the train to get the wagons into position.”

The bottom discharge unit is housed within a secure, purpose-built building which is fully sheeted with single-skinned cladding and equipped with two lockable personnel doors complete with internal panic bars. Comprising of an operating area at rail level this is completely decked with galvanized durbar plates with viewing areas enabling the operator to check the flows of material on the discharge conveyors from the rail level platform. A G.R.P operators cabin, the wagon opening devices and motor control centre are also all located at this floor level.

A specially constructed bridge structure is designed to carry 25.5 tonnes maximum axle loads from 104-tonne gross weight wagons and locomotives to pass over one underground receiving hopper. Two electrically operated, rail-mounted, wagon door opening trolleys are provided along the discharge section, which are manually positioned and held in place by a foot brake.

Material is discharged into a receiving hopper which feeds a 13.5m long x 1800 metre wide conveyor (C1). Material from this short conveyor is then fed onto an inclined 27m long x 1400mm wide transfer conveyor (C2) which is supported on steel trestles with the GTU/drive being supported by a tower.

This covered conveyor leaves the discharge building and then enters the BDU building discharging material onto the 88m long tripper conveyor (C3) through the high-level intersection housed in the bin penthouse annex, tied into the storage bin structure.

The reversible cross conveyor which is mounted on the traversing tripper carriage is 6m long x 1800mm wide and feeds the material from (C3) to the designated bin department. The storage bin facility has an approximate live capacity of nine bays - 3 x 1,500t and 6 x 800t with a total capacity of 9,300t.

Richard further commented, “It is a credit to DUO, the system has handled over 1.5 million tonnes of aggregate without fault since installation, I couldn’t fault the quality of the build it is first class! It was a huge investment for Aggregate Industries which over time has turned into a very successful operation.”