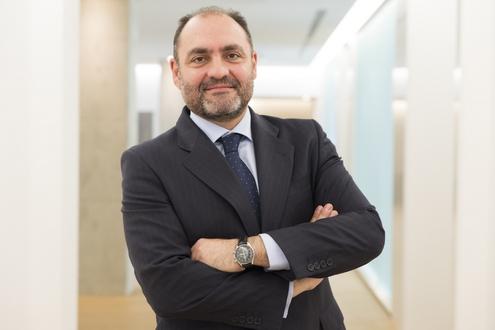 FCC Group reported net attributable profit amounting to €153.5 million in the first nine months of 2017, contrasting with the loss of € 179.4 million in the same period of 2016, which included an adjustment of goodwill in the cement business. Profit accelerated in the third quarter, to €97 million, almost double the €56.5 million booked in the first half.

EBIT amounted to €318.3 million, in sharp contrast to the € 44.4 million loss recognised in the same period of 2016. Earnings before taxes amounted to €186.2 million, due to EBIT performance.

FCC Group's consolidated revenues amounted to €4,256.2 million in the first nine months of 2017, a 2.8% decline year-on-year. This was mainly due to the deconsolidation of the US cement business in November 2016 and, to a lesser extent, the depreciation of certain currencies against the euro. Adjusting for both effects, consolidated revenues would have increased by 2.3% with respect to the same period of 2016.

EBITDA declined slightly, by 2.6%, in the first nine months, due to the aforementioned revenue effects; adjusting for them, EBITDA would have increased by 2%. At 14%, the EBITDA margin was similar to the same period of 2016.

In terms of the business areas, Water reported €181.6 million in EBITDA, a 6.3% increase year-on-year, while Construction reported €50.5 million in EBITDA, 48.5% more than in the same period of 2016. The Environmental Services area obtained €306 million, a 3.8% decline, mainly due to the depreciation of both the pound sterling and the Egyptian pound, and to higher energy costs.

Milestones in the first nine months

In September, the Board of Directors of FCC, S.A. voted unanimously to appoint Pablo Colio as Group CEO in place of Carlos Jarque, who stepped down as CEO on 12 September and continues as a proprietary director. The new CEO has extensive experience, including 23 years in a range of executive positions within FCC Group.

The $320 million project, which includes the design, construction, operation and maintenance of the plant, was awarded by the Egyptian government, which will fund 100% of the project under a DBO deal with a consortium in which FCC has a 50% stake. The plant, which will be one of the biggest in the world, will serve six million people by processing 1.6 million cubic metres per day.

This year, Environmental Services started up its ninth energy-from-waste plant, serving Worcestershire and Herefordshire, in the United Kingdom. The complex was designed, developed and built by Mercia Waste Management, a company owned 50% by FCC.
During the third quarter, the company obtained a number of contracts in Spain, for municipal solid waste collection and treatment and for street cleaning, worth over €230 million in total.

In the US, Environmental Services brought new contracts into service ahead of schedule and expanded its fleet in order to lessen the effects of the hurricanes in September

The Group's Environmental Services business in the US, which is concentrated in the states of Texas and Florida, stepped up its activities in order to help offset the impact of the hurricanes in those two states. In Houston, Texas, it doubled the size of the fleet in service to help combat flooding, while in Polk County, Florida, it voluntarily commenced waste collection services earlier than scheduled in order to lessen the effect of another hurricane.

FCC Construction is a member of the winning consortia for three sections of railway line in Romania, worth €599 million, and for Mexico City airport

In April 2017, CNFR, Romania's national railway company, awarded the contract to upgrade three sections of railway in the Transylvania region to a consortium of which FCC Construction is a member. The amount attributable to FCC is €599 million and the period for delivery is 36 months. This contract establishes Romania as one of the Group's main markets; it is involved in contracts there worth a combined total of €2,106 million, and FCC Construction is now one of the leading companies in developing Romania's transport infrastructure.

In January, Mexico City's public airport authority awarded a contract to build the terminal building for the New International Airport for Mexico City (NAICM) to a consortium of companies headed by Grupo Carso. The bid by the consortium, in which FCC Construction has a 14.3% stake, was rated the best in financial and technical terms. The contract amounts to €3,900 million and is to be completed in 44 months.

The novation of the conditions governing FCC, S.A.'s syndicated loan came into force on 8 June 2017; this milestone in the process of optimising the Group's finances immediately had a positive impact on cash flow. The refinancing agreement was completed with the early repayment of 1,110 million of existing borrowings using the funds obtained from two bond issues by FCC Aqualia in the international market. The bonds, with nominal amounts of €700 million and €650 million, mature in 2022 and 2027 and pay annual coupons of 1.413% and 2.629%, respectively.

After this partial repayment, the parent company's net debt was reduced substantially to a balance of €1,484 million as of 30 September 2017, 36.3% less than at the end of 2016. Its maturity was extended to five years, while the interest rate on the bulk was linked to Euribor plus a spread of 2.3%, i.e. about 170 basis points less than in the previous structure. This combined deal also substantially reduced FCC Group's overall funding costs.