Edge Innovate shortlisted for two more Made in Ireland awards 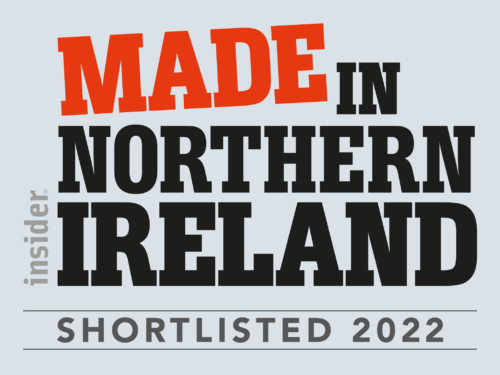 Now in their ninth year, the Insider Made in Northern Ireland Awards recognise and reward the excellence of the manufacturing sector in Northern Ireland and showcase the successful achievements of innovative and forward-thinking businesses across the whole region. EDGE Innovate is delighted to be nominated for 2 awards.

Dungannon based manufacturer EDGE Innovate were honoured to be nominated for 2 awards in the Insider Made in Northern Ireland Awards 2022. The Export category and Manufacturer of the Year (Above £25m) category are highly contested awards and EDGE is thrilled to be up against some strong contenders.

The Awards are a fantastic opportunity to showcase the quality products and services that manufacturing and engineering companies from across Northern Ireland supply and the skilled people that work for them.

During the last year, the manufacturing sector has been at the forefront of developing new ways of working, diversifying product lines, finding new supply chains and discovering new customers. The Awards will reward this innovation and this resilience.

2021 was an important year for EDGE, despite the global pandemic, they have seen a growing demand for products worldwide. In 2021 EDGE became the first manufacturing company in the region to introduce the 4-day working week for production staff, which led to an improvement in production and efficiency levels throughout the company. The EDGE brand offering continued to grow, with 3 new machines launched during the qualifying period and EDGE machines can now be seen working globally in over 70 countries.

An independent panel of judges was brought together by Insider to scrutinise, assess, and evaluate all the entry submissions in the ten award categories. The judges have determined the shortlists and the eventual winners, which will be revealed at a special lunchtime event taking place at The Titanic Hotel, Belfast on 13th May 2022.