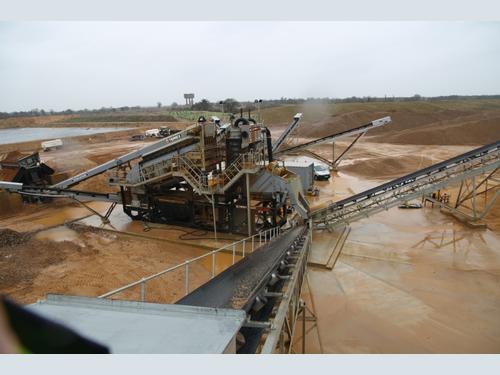 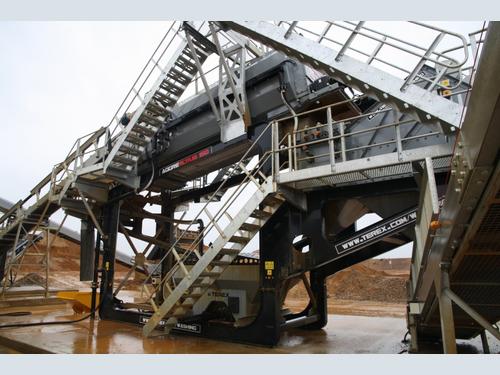 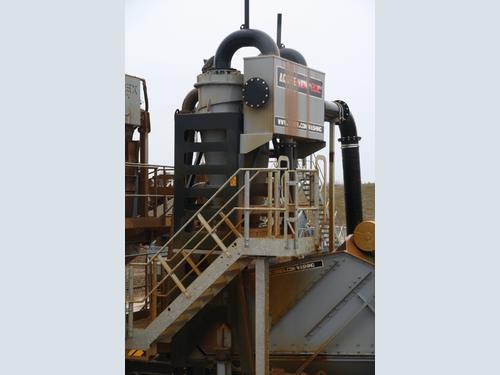 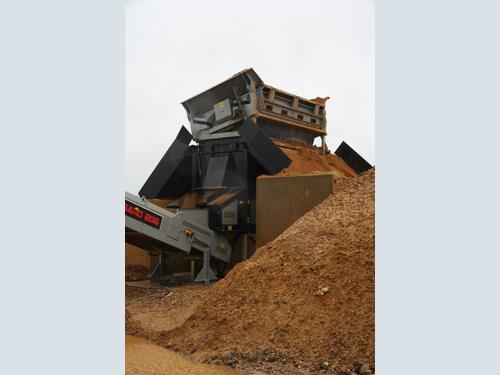 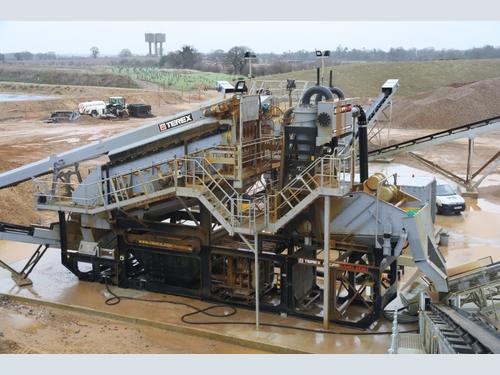 Originally part of a wider Tarmac investment to support infrastructure growth in South East of the UK,  Stanninghall is a new green-field site located just outside of Norwich, close to the airport. The new sand and gravel plant which was supplied by DUO plc was installed and commissioned in June 2015. With production commencing in July the plant is currently operated by a DUO team under contract to produce 28,000 tonne/month for the next 2 years when it will then pass into Tarmac ownership. Tarmac is now owned by CRH.

The Stanninghall development first commenced  in 2006 but, due to the recession, the site was mothballed . When the economy started to improve in 2014 Tarmac once again looked to develop the Stanninghall site.

With potential reserves in excess of 10 million tonnes of sand and gravel the new site has an anticipated lifespan of some 25years. Currently the site supplies both internal and external customers and also material for the Norwich Northern Distribution Road (NNDR) which is a large infrastructure project for the local area.

The deposit at Stanninghall provides sand at various depths and colour and is currently been operated in four phases which will provide 2.5 million tonnes of material.

The Stanninghall operation is very special in terms of the plant supplied as after the recent Broom installation it is only the second recipient of a combined Terex AggreSand 206 modular wash plant and a Terex AggreScrub 150 in the UK.

Kelven Nichols- Quarry Manager, commented, “It’s a totally new plant from what I’m used to. We are producing two sand products and rejects from the first screen and then a 40mm/20mm/10mm as final products. It’s a very efficient plant, works very well and we are very impressed.”

With outputs around 250tph the new ‘state-of-the-art’ plant supplied by DUO is performing as specified and in 5 months has produced 180,000 tonnes of very clean product.

The Sand & Gravel Plant:
The main elements of the plant are the Terex AggreSand 206 modular wash plant and a Terex AggreScrub 150. The Aggresand is pre-wired and pre-plumbed and is a modular concept which can be installed very quickly. It is a combination that is very appealing in terms of access, serviceability and modularity.

Kelven, further commented, “It’s a very nice compact plant incorporating an in-line system with material being dug from the site and brought to a central stockpile where ‘As raised’ ballast is then fed by loading shovel into the feed hopper. With pumps installed we are responsible for the wash water going in and the dirty slurry water coming out of the plant in to the lagoons, so it’s a very simple and effective set-up.”

The plant consists of a bespoke feed system which is fed by wheel loader via a vibrating grid; both the feeder including the vibrating grid are electric hydraulically powered. Material is then delivered onto the main inclined feed conveyor which is driven by two 11Kw electric motors and Bonfiglioli® gearboxes mounted on either side of the drive drum. This set up not only provides balance to the conveyor but also gives enhanced torque characteristics.

The AggreSand™ 206:
The AggreSand™ 206 at Stanninghall is a three deck version which utilizes ten individually controlled spray bars on each deck. The two bearing screen is fitted with polyurethane modular media on all three decks. The top deck acts as a protection deck removing any material above 40mm. The middle deck is a 40mm passing deck while the bottom deck is split, 2mm and 5mm to produce the required two sands. Chute-work on the AggreSand™ 206 employs the now well tested dead-box system which results in rock on rock set-up which is proving to give excellent wear properties.

Currently the AggreSand™ 206 sand plant which consists of one 45Kw 250/200 pump and two G4-660mm cyclones is producing two clean in spec sands. A specially designed rubber-lined catchbox allows blending to take place so that an acceptable coarse and fine sand ratio can be achieved. These sands are then delivered to separate radial conveyors and stockpiled. Any material between 5mm and 40mm is then fed by inclined conveyor to the AggreScrub™ 150 for scrubbing and removal of clay conglomerates.

The AggreScrub™ 150:
The AggreScrub™ 150 consists of an 8m hull fitted with two rotating shafts fitted with 30mm abrasion resistant blades. The blades convey the material from the feed end of the scrub to the aggregate rinsing/sizing screen. As the material travels through the hull the abrasive action of the aggregate as it collides with other aggregate (stone on stone) scrubs it clean and breaks up any clay conglomerates which are then floated off through the back of the AggreScrub™. Any organics such as roots or plastics are also floated off to be dewatered over the AggreScrub™ 6 x 2 trash screen. Underflow from the trash screen is received in a catchbox under the screen and then gravity fed to the sump tank under the hull.

Scrubbed aggregate exits the main discharge of the AggreScrub™ 150 to a 12x5 part rinsing screen. The initial section of this screen is fitted with spray bars to rinse off any sand or grit residues produced during scrubbing. The rinsed grit is captured in a partial catchbox under the screen and is piped to the sump tank below the hull to join the trash screen underflows. This sump tank is fitted with a 100/100 centrifugal pump which pumps this dirty water back to the AggreSand™ 206 sand plant to recover any sand and make maximum use of internal water. The two deck 12x5 sizing screen is fitted with polyurethane modular media to produce 5-10mm, 10-20mm, and 20-40mm clean aggregate. The three clean grades of aggregate are stockpiled using three TC6532 conveyors.

Cutting Edge Control System:
The control system for this specific AggreSand™ wash plant is stored in a centralized cabin on the site which is one of the options offered by DUO through TWS on all AggreSand™ installations, alternatively the panel can be mounted onto the machine, all of which are pre-wired.

This option exemplifies the flexibility of TWS and DUO and the AggreSand™ concept to suit individual customer needs or preferences.