Budge the sludge: Mine uses air cannons to unclog chutes 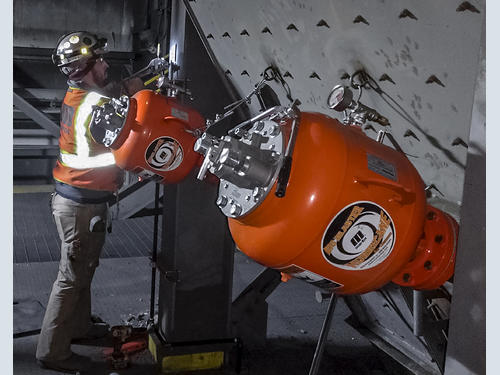 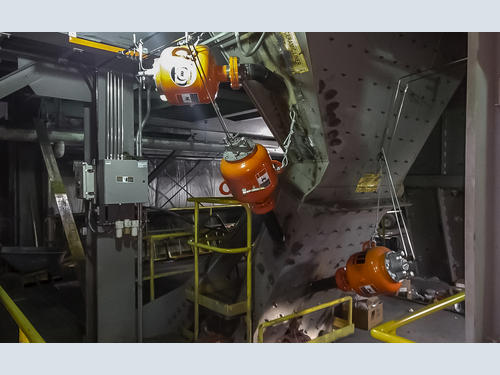 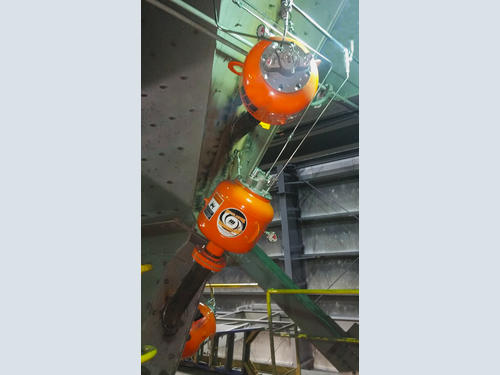 Eagle Mine in Western Marquette County of Michigan’s Upper Peninsula is the only primary nickel mine in the United States, delivering ~1.5% of the world’s total nickel production.  Material accumulation was causing problems in an undersized chute in the handling process.  Buildup began at the hopper and at the discharge slope, but could also occur at virtually any point, blocking the chute.

The breaks in production and ensuing downtime had a significant effect on the cost of operation.  Eventually, workers attacked the clog with air lances from the top of the hopper and bottom of the chute.  The method used a tremendous amount of compressed air and diverted manpower from other essential duties.

The technical team at Martin Engineering observed that the existing approach did not adequately aid the flow of material.  “We proposed installing air cannons at strategic points throughout the chute to dislodge material and aid flow, but managers had some initial reservations,” said Jason Haynes, Territory Manager for Martin Engineering.

“Compressed air is almost a currency here, so we were naturally skeptical of using a solution that might impact pressure,” added Ted Lakomowski, Lead Reliability Technician at the mine.

Air Cannons
Air cannon technology uses compressed air to promote proper flow by quickly filling a tank, delivering a powerful shot to the vessel wall in the direction of the moving cargo, dislodging adhered material and introducing it back into the stream.  After Haynes detailed the low impact that new air cannon technology has on compressed air systems, Lakomowski advocated for the installation of seven 35 Liter (9.25 gallon) Martin® Hurricane Air Cannons.  Designed with safety and low maintenance in mind, the cannons feature a centrally located outward-facing valve assembly that can be replaced within minutes, without the need to remove the tank from the vessel.

One unit was placed at the area where material discharged into the hopper, two others were positioned at the hopper slope where the most accumulation was observed and two more were placed along the drop chute.  “We also installed one cannon at the top of the hopper and one at the bottom of the chute where it discharged,” said Haynes.

Results
Operating on a regular firing schedule of every 1-10 minutes -- readjusted for production volume, time of year and moisture level -- the seven cannon configuration reduced clogging issues and downtime.  This significantly lowered the risk to operators and reduced the cost of operation.

“When I did the cost assessment, I was surprised to discover that there was a 1000 percent savings in using the air cannons over the air lances,” Lakomowski said.  “It’s a significantly lower effect on our system than we expected, and managers are very happy about that.”  With the ability to service wear parts like valves from the outside of the cannon without tank removal, upkeep can be safely performed by a single technician with no heavy lifting involved.

“Just from a safety aspect, this solution has paid for itself,” Lakomowski concluded.