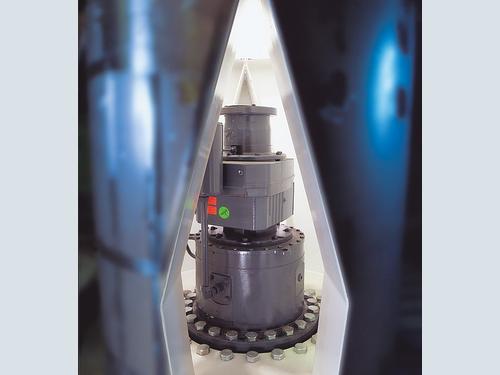 Conveying technology from AUMUND is now also in demand within the Dubai based Group, Al Khaleej Sugar, one of the largest sugar producers in the world. The first order is from its Egyptian subsidiary, Canal Sugar, for a CENTREX® Discharge System and two AUMUND Bucket Apron Conveyors. Intense negotiations between the Al Khaleej Sugar Group and the AUMUND Fördertechnik GmbH Branch Office in Dubai led to the award of the order. The two AUMUND Bucket Apron Conveyors will be fabricated in stainless steel. All of the equipment will be on site before the end of this year...

It is the largest agro-industrial project in Egypt since 1952. The Canal Sugar Refinery will be able to process 5.4 million tons of sugar beet per season.

AUMUND Fördertechnik had already supplied the CENTREX® Discharge System type CTX 8000, which has a diameter of 8 m, in March this year.

The CENTREX is in ATEX (explosion proof) design and will be installed in a silo which extends approximately 65 m underground. The silo holds around 400,000 tons of refined sugar and is therefore the largest of its kind in the world. The discharge capacity of the CENTREX® is up to 300 tph of sugar, which will be transported onwards to the packing plant by the AUMUND Bucket Apron Conveyor type BZB 1400/400. The BZB is approximately 145 m long with a vertical lift of about 103 m. The second AUMUND Bucket Apron Conveyor ordered by Canal Sugar is of the type BZB 1600/400 and has a capacity of up to 400 tph. It will operate as a collecting conveyor under the sugar centrifuges.