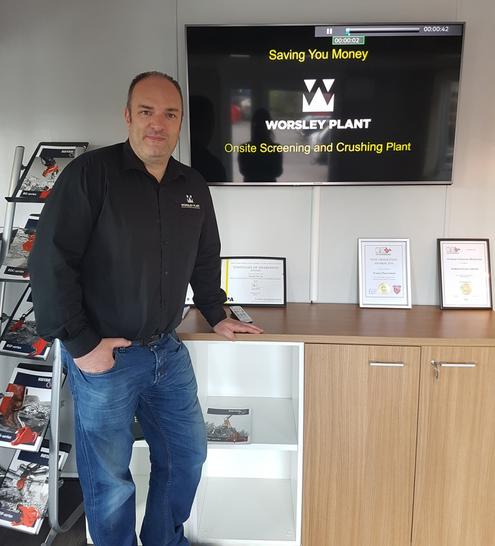 Worsley Plant is delighted to announce the appointment of Adrian Nixon as Operations Director with immediate effect.

He joined Worsley Plant as the Service Engineer for the crushing and screening equipment. During this role he gained a good foundation for material processing which has led him to further his career moving from Field Service to General Manager.

Adrian has been committed to Worsley Plant since he joined in 2004 and has been instrumental in its growth. Colleagues and customers have all have witnessed his work ethic to ensure customer satisfaction.

Prior to joining the company, Adrian had over 10 years of experience as an Agricultural Engineer. He has a keen interest in general machinery and likes building PCs from scratch.  He also loves spending time with his family and friends.

"This appointment goes to show that there are no glass ceilings at Worsley Plant. We have a strong steady team. As of today we are now stronger".  As far as the future is concerned, Sean Heron, Managing Director, hopes with the company’s steady growth, Worsley is set to continue for another 20 years to come, where he predicts it will be in an even stronger position.